By Abasiakara Monday 5 months ago 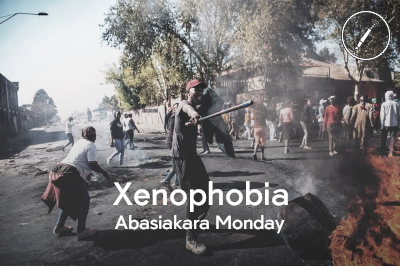 I woke up painfully, when I discovered my radio..

Playing something else than the normal news

It was a breaking news about killing on high ratio

In a country, this same continent, I became mused

I couldn't find sleep important at that moment

Fear ruled my emotions, I got into thinking

What's the world up to?, What a bad amazement!

Maybe it's just the second coming of our saviour and king

The worst part of the story is when I heard...

It's a fight between Nigeria and south Africa

I was devastated and uncomfortable at where I laid

But I hope it will all end in a brouhaha

It's a big disgrace to the South Africans

To afflict the souls of their fellow beings

Could it be due to misunderstanding from a bar?

Or God's punishment for our wrong doings?

In my own view, I see the scripture fulfilling

Oh no! The world is coming to an end

South africans!.. Your actions are appalling

What pleasure do you derive burning humans

This calls for God's intervention and not death demands

Let's not deny ourselves jobs in the name of vengeance

I'm not saying we shouldn't do something

I think it's the government's job to create alliance

And sort things out.. let other nations start applauding

Evergreen Isle Of Passion
Poetry
5 months ago
Dark Sunshine
Poetry
8 months ago
What About Us.
Poetry
10 months ago
Poor Peotry
Poetry
3 months ago
I'm A Flirt
Poetry
9 months ago
Like Torn Kites In An Hurricane
Poetry
14 months ago