Whiter The Socialist Spirit Of The Modern Church?

By Okechukwu Ukegbu 13 months ago 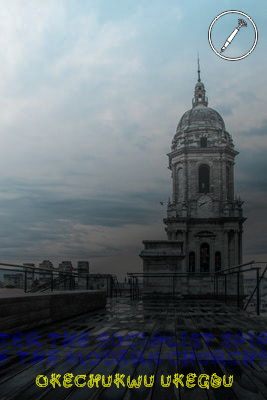 Whither the socialist spirit of the early church?
Okechukwu Keshi Ukegbu
The early church was a perfect socialist setting. This was strongly exemplified in Acts 4:32-35 thus:" And the multitude of them that believed were of one heart and of one soul: neither said any of them that ought of the which he possessed was his own; but they had all things common. And with great power gave the apostles witness of the resurrection of of the Lord Jesus: and great grace was upon them all. Neither was there any among them that lacked :for as many as were possessors of lands or houses sold them, and  brought the prices of the things that were sold, and led them  down at the apostles' feet: and distribution was made unto every man according as he had need ".
The question that agitates the minds is:" why has the spirit with which the early church operated, and that added members to them massively left the present church. Our present christian denominations have turned to centres of massive extortions with the leaders of the churches driving in choice cars and adorning designer's clothes at the expense of poor members whose contributions are pooled to provide  these luxuries but walk the streets in near rags.
The "dog eat dog system" in which the phisophy of capitalism is anchored has found its fullest expression in the church, especially in Nigeria. Poor members contribute for projects such as building institutions of learning for the church but could not afford to send their wards to those institutions because their fees are at the high heavens and out of the reach of the poor members.
No wonder the rush to be ministers of God. Every Dick and Tom and now called, negating the call for the five-fold ministries captured in Ephesians. The five-fold ministries are now refuge for those who have tried their hands in numerous ventures but have been haunted unabatedly by failure.
There is strong emphasis on the prophetic ministry because that is where the action is.These commercial ministers would be quick to condemn "Simon the Sorcerer" but their activities are more dangerous than that of Simon. They have thrown away the biblical injunction that God's gift is neither bought or sold. If they doubt this, the following scripture presents a sound warning for them and those who patronise them:"Now for some time a man named Simon had practiced sorcery in the city and amazed all the people of Samaria. He boasted that he was someone great,  and all the people, both high and low, gave him their attention and exclaimed, “This man is rightly called the Great Power of God.”  They followed him because he had amazed them for a long time with his sorcery. But when they believed Philip as he proclaimed the good news of the kingdom of God and the name of Jesus Christ, they were baptized, both men and women. Simon himself believed and was baptized. And he followed Philip everywhere, astonished by the great signs and miracles he saw. When the apostles in Jerusalem heard that Samaria had accepted the word of God, they sent Peter and John to Samaria.  When they arrived, they prayed for the new believers there that they might receive the Holy Spirit,  because the Holy Spirit had not yet come on any of them; they had simply been baptized in the name of the Lord Jesus.  Then Peter and John placed their hands on them, and they received the Holy Spirit.When Simon saw that the Spirit was given at the laying on of the apostles’ hands, he offered them money 19 and said, “Give me also this ability so that everyone on whom I lay my hands may receive the Holy Spirit.” Peter answered: “May your money perish with you, because you thought you could buy the gift of God with money! You have no part or share in this ministry, because your heart is not right before God.  Repent of this wickedness and pray to the Lord in the hope that he may forgive you for having such a thought in your heart. For I see that you are full of bitterness and captive to sin .”-Acts 8:9-23.
Until the modern church refrains from these excessive capitalist tendencies and cater for the needs of the vulnerable among them, as admonished in James 1:27 :“Religion that is pure and undefiled before God, the Father, is this: to visit orphans and widows in their affliction, and to keep oneself unstained from the world,” the world will continue to be in disarray. The church has an onerous responsibility to provide an alternative in a decayed world.