When We Were Young

By Ritzy Opera 2 days ago 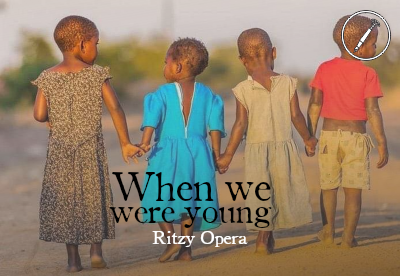 When we were young.

Four kids who thought we would be friends together.  We told the world that,  we held hands while walking because we thought our friendship was forever.

But forever ended too soon.

One morals got askew, she thought it was okay to sleep with another 's father.

One left bitterly enraged,  vowed never to be near the rest again.

Two thought love was trumps all,  they forgot heartbreak  exists.

So the four friends were lost,  in the height if their lives.

One died,  the couple was present for the funeral,  the bittered stood far from the rest,  last respect  for the friend who deserved none.

She left,  no saying anything to the former couple.  They were friends,  they are still friends, but some things can never be forgotten.  They are broken.

I glance at him,  he offered me comfort here but it doesn't change the fact that he will return home to his wife and me back to my job and lonely life.

We were happy, but that was long ago.  That was when we were young.