By Nnamani Grace 16 months ago 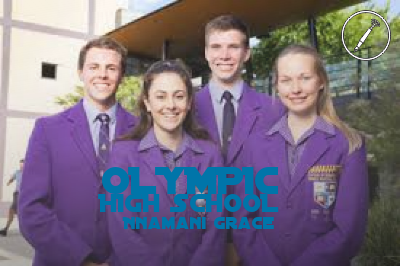 " Where is Derek, my seat mate?" james  asked him with a grin. Fred's stare gave him creeps, but he fought the fear remebering his title, the head boy of the school. " when you passed out, he helped you to the sick bay, what have you done to him?" he questioned adding authority to his voice

Fred got down from the desk, all eyes was  on them, everyone knew they were not in good terms since they made James the head boy instead of Fred because of Fred's quick anger.

" i killed him!" Fred said with his baritone voice and walked out. immediately he got out, the whole class noise was nothing compared to that of a market square.

Fred walked into the library, he wasn't able to do anything. Anger had taken over him, he took a book from the shelve trying to focus on what he had planted few seconds ago to his mind reading is my hobby, he started reading with the hope it would calm him down but to no avail,  he didn't notice when he tore apart the innocent book. The librarian was short of words, she walked to fred and stipulated his with her loud tormenting voice.

" What!!!! What have you done!?  This book is worth five hundred naira." She yelled staring at him hoping he would look up at her but she got the worse ignorance of her life time, she had never been ignored this way, Fred had broken record!

" STUDENT!, i am talking to you!" she raised her voice

Fred stood up without looking at her face, he dipped his hand into his uniform pocket and brought out a thousand naira  and left the library after placing the money on the table

" Jeee, that boy is so disrespectful" she said inside

The school bell ranged dismissal, all students happily got out of their classroom, most with thier friends, some alone, some girls had their harlequin romance with them and gisted with their friends about it. Fred wore his uniform sweater hood so he won't be noticed, he left the school compound. When he got out he took off his hood

The sound of his name upset him, he looked back at the caller, behold it was James.

" what do u want?" he said reducing his pace, he tried not to raise his voice

" where is derek!!!!!!?" James yelled trying to invoke fear to fred's spirit but did not suceed a bit.

" i told you i killed him" fred said

" i am talking to you!!!!" James said pulling fred back and gave him a supersonic punch on his cheek, fred fair cheeks turned red then he started bleeding, but did not react he just chuckled.

" I told you i killed him" he said mockingly

James was so upset, the sight of fred's bloody evil laughing face made him feel he was secure "fred wasnt angry" he thought, he gave another punch,fred was still  laughing and bleeding from his mouth, another, another. His last punch waved in air. Fred grabbed the opportunity and threw his own supersonic punch, james fell to the floor

" i told you i killed him!!!!!." Fred yelled, if anyone his reaction right now, no doubt that person will take him as a psychopath. Fred's anger is beyond anger. He sat on James and gave him continuous punches. The whole Olympic students gathering and circled them not until the elderly voice came in.

" WHAT IS GOING ON HERE" the principal yelled when she caught her students fighting, not just her students, her prefects, her head.boys. Fred withdrew, he tried to explain but got no chance. He was caught beating James, not james beating him, when james was hitting him no one knew, but when he tried defending himself everyone knew. They all blamed him and concluded he started the fight. Fred couldn't defend himself everyone wss against him, everyone liked James no one liked.him so he got all blames to himself and got suspended for two weeks

" come to school tomorow and  plead for everyone's forgiveness, then you take your things needed and leave for two weeks" the principal ordered.

No one wanted to listen to fred, no one stayed back for him, they all helped james up, bought him water and washed off his bloody face. James gave fred a wink when  he got up.

Fred got home, blood already dried on his face and fist. He was an orphan who lived by his late parent's left overs, he knew none of.his relatives, both his.mum and dad were only child. He was lonely

He pulled off his bloody uniform and soaked them, washed up, dressed and

went to his part-time job. He had lived this way, nothing was new. He was assisting Mr kelvin his dad's friend the vetenarian in his hospital, Mr kelvin proved hiso nly way of helping fred was paying him twenty thousand naira if he worked for him. And fredl ived by it monthly.