By Nnamani Grace 15 months ago 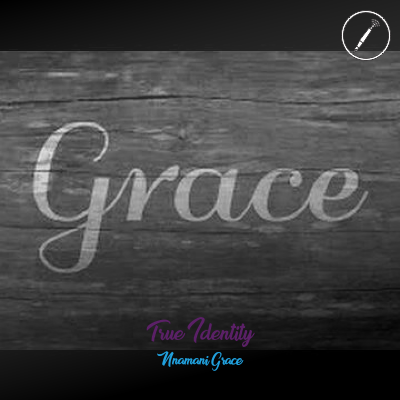 Febe steps out of Vicky's shop and went straight to his car. He enters and exhales nervously. "This is the first time in years I have been so nervous" he says to himself and smiles. Then he starts the car and drove off.

***
Vicky started sweeping the broken glasses and stick jam while she smiled nonstop...after sweeping she sat opposite the music video playing... Febs music was playing and it was just his shadow seen.... He never shows his face in any of his music... No one knows him. He never attends a video interview. He chooses audio interviews. No one has ever seen his face... Although fans makes several rumors of seeing him.... Some says he is extremely ugly while some says he is extremely handsome...
"Which one is he? Ugly or Handsome?" Vicky asked herself as she watched him on TV. "Well, I don't care... I will keep on loving him... Ugly or no ugly"
"Fool" someone distracted her
She turns to see who. Glory.
"Glory, what's up"
" I am good but u are really a fool... You have bee loving someone who doesn't even know u exist or someone whom u don't know exist."
"FEBS exists!" She defends
"What does he look like?" Glory shrug.

Vicky turns away knowing her friend is right but didn't want to accept.
"Look, Vicky, it is time to wake up. U are 19 and you have been turning down different cool guys offer just for the unknown Febs. I can't believe you have never had a relationship!"
" you have started" Vicky gives her a stern look
"Okay, I am sorry." Glory sat with Vicky on the chair. " you know, I came here for a reason. Few minutes ago, a super hot guy came by your shop. He left with a bottle of water. Remember?"
"How can I forget?" Vicky becomes excited. " that guy is a.... Beauty!!!"
" wow, I thought u didn't have eyes for other guys"
" For a second I thought I conceived butterflies.... He made me nervous.... Most especially when he winked.... I melted"
"What?? He winked at you?"
"Yes!" Vicky exclaimed.
"Jeez! He is your man!"
"Are you kidding me?"
"Kidding what??? Jeez! He is into you! Go girl!"
"Woah!" Vicky exhales happily. "I feel like I am cheating on Febs"
Glory gives her a stern look
"Silly! Idolatry!"
Vicky laughs.
"Look, if he comes back, don't ever let......"
"Hello" Febe distracted Glory.
"Oh my!!!" Vicky held her lips to stop her self from screaming.
"I am sorry for interrupting, I think I dropped my ear piece here" he looks around and saw it lying weakly next to one of the corners of the wall. "There it is" he forces a smile at them. There was a moment of embarrasing silence, Febe discovers immediately then, He waves at them and left.

Vicky opens her room window and started undressing... She was enjoying the melody of the keyboard neighbour next door played. Neighbour that she have never seen step out except with a car. Then, the rhythm stopped.
"This person must love Febs as much as I do. Always playing Febs keys" she unhooked her bra and turns to take the towel, lo and behold, she caught a eyes at the opposite neighbour window staring at her. He dodges and closes the curtain when she caught him.
"Son of a bitch!" Vicky exclaimed and closed the window...
Then she looks down to know how much she has let him see... She was still on her panties and bra. "That was close." She rolled her eyes and hurried to the bathroom. . .

Febe panicked, walking helter skelter around his room thinking of what to do.
Then, he turned to the window, opened the curtains and peeped through....
"She was definitely same person. Did she see me? What would she call me now??? A pervert!" He sat on the bed and suddenly, he smiles. "Not only is her face pretty but also her body"
*****
To be contd