By Gabriel Agema 16 months ago 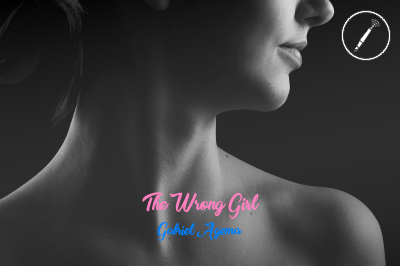 When you decide to fall in love (or as in my case), fall in love accidentally, please and please remember to do your research. And when you are doing that research, do not bother about her character yet, her living environment or who she strolls with (biko, bother on this one o, its just that my story doesn’t need these). This is what you should bother with.

I as a first year student in the University of Karu, had been attending lectures with my newly found friends and there was something I always noticed. There was this girl always around them. She could smile a lot, laugh and was always bubbling. It was like nothing ever seemed to make her angry or sad…not even us scoring one over twenty in our first physics test or zero over fifteen in our mathematics test…IN OUR FIRST SEMESTER! Our fear was, if this is how university is…then we are finished…how do people graduate from here sef…but not this lady.

It would be nice to describe her but, that’s not the tale here, ask me another day. I was told by a friend Joe, that she sometimes stays with his girlfriend and so I told him I would like to accompany him to see his girlfriend. Unfortunately for me, I never asked the name of the girl. And the day I did, I was told it was AMAKA! I don’t know what made me to ask again…are you sure? But who knows, I forgot the devil is always in the details.

So we went to visit his girlfriend…and she was not at home but her room- mate AMAKA was. I being a very vocal person, started praising MY AMAKA that I was looking for in front of Joe, his girlfriend Amina, his room-mate, and my two other friends Raph and Tanko, who came along. I so praised Amaka, that through-out our stay there, AMAKA could not talk. In fact, you dare not attack the name AMAKA while I was there, I would so yab the life out of you. My friends did not help matters. At a point, they now asked: “Ahn-Ahn, Amaka, why you are you keeping quiet like this…abi you dey fear somebody?” Something rang in my head but for me, I was not bothered.

When we were leaving, Joe and Amina decided to stop at a point and start talking about NGOZI. I was eavesdropping and I thought…anyway I decided to ask Amina – “Amina, what of your sweet friend, my baby- Amaka, that we met in physics lectures.”

“Okay, maybe as we were talking she went out.” Amina said while returning to their sweet discussion. That sounded okay to me. But the problem was…I was in love with Amaka and didn’t really want to start asking for her numbers and other things so people would start to talking. As much as I could dish out yabbs…so my friends too waited for those my weak moments to dish out theirs…and when it came to relationship…there were plenty.

And so it went on, for two weeks to a month, I was always on the Amaka issue, yabbing her, yabbing people over her and the much. Unfortunately, the d-day came. When I went to visit Joe’s girlfriend so I could check Amaka. We spoke a lot and you would think me and Amina were dating but my intention was to ease her mind and then ask of Amaka without being yabbed. And I made sure we were outside when I popped the question.

“Come, Amina, is it jealousy that makes you hide Amaka anytime I come here? Infact, you don’t use to tell her I asked of her. You, wicked friend.”

“But you just saw her in the house now and by the way, you only said Good evening like if this is not the Amaka you use to praise, yab, send message to and do Marvel’s Defenders on top of.”

Boom. It hit me in the head. A cold went round my body, came back and disappeared into my head. I started to sweat. But my brain forced me to ask on.

“Calm down, Amina, am talking of that babe that likes smiling for Africa. The one you people like calling – laughing jackass?”

“So it’s now you know her name is laughing jackass, ehn that one is NGOZI.” This girl and my friends must be kidding me.

“But Amina, Ngozi is fair, has big bo…you know, with big lips like cow mouth and… but wait, doesn’t she stay with you?”

“John, Ngozi use to patch with us once in a while when we have those early morning lectures.” So Amina said. I was getting confused and panicky.

“Wait, John, you mean all those confession of joking love and protecting of Amaka and all the naughty stuff you did was FOR NGOZI?!!!!” How could I talk? What made matters worse was AMAKA was being around when I praised the name AMAKA… and I not knowing I was talking of NGOZI. And Amaka never said a word, she never opened her mouth. How could she? when I would declare joke love and everything in front of people and when I see her, I would just say… “Hi”.

I pleaded and begged so Amina agreed not to tell anyone. Unfortunately, I saw a wicked glee in her eyes, something I have never seen before. Imagine someone’s eyes shining in the night. Something told me I would not hear the end of it…I went home to sleep knowing that my YABBING CAREER for this semester was ended before it began.