The Theory Of Sadness/ Telephone Conversation With Olayinka/ The Eleventh Commandment

By Olabisi Akinwale 10 months ago 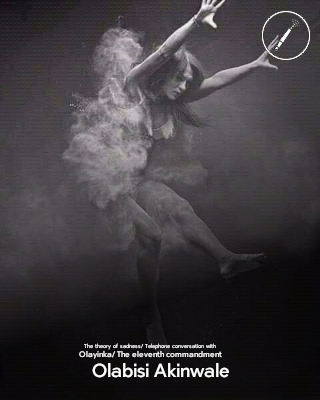 the theory of sadness happiness was created to stop our faces from carrying the weight of sadness renting apartment in our bodies, & because the universe runs into herself for refuge, we run into our sadness on days the earth measures the depth of the ocean in our bones with photographs of dead faces; these faces are our mother's who melted into the wind with mouths stacked with fallen prophecies, these faces are our dream's lynched by a mob of tongues for living in a duplex of hope, these faces are of boys on the street of Kaduna whose soul grew weary of living in the confines of their wounds, & these faces are of people eaten by the night for attempting to craft their sleep into gods; -a boy in my neighborhood died this way -in my eyes, a woman turned the image of a broken moon -& my father's wingless night prayers bore holes in his faith. sadness is a being living within us screaming in a voice- full of spears & daggers & every time she screams, the radio breaks into tears with the news of a boy who committed suicide. telephone conversation with olayinka news headline: a student of ABU Zaria became water in my heart, a city is on fire again. how do you put of flames fueled by water? phone rings! olayinka: Hello, Bisi bawoni? me: I do not know if It's my body learning to switch places with grief or it's grief threatening to make home out of m... read more

When I Tell You I Love You
Poetry
7 months ago
Títí
Poetry
8 months ago
ODE TO THE GREATEST JUDGE
Poetry
16 months ago
Wind
Poetry
17 months ago
Dance Freely Child, Dance!
Poetry
13 months ago
Love That Never Was
Poetry
11 months ago