The Songs That Raised Us: Dedicated To Eniobanke: Beautiful Nubia

By Kareem Itunu Azeez 20 months ago 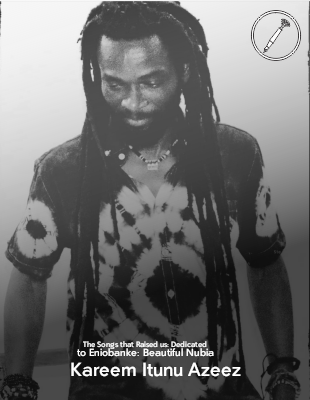 There are things today we were never used to, and whether we like it or not, they seems to become parts of our daily call, some are the messages we listen to in the name of music, lyrics and lyricists, gone be the eras of those who don’t sing unless there’s message in the music, who don’t prophesies unless there’s warning in the lyrics, but today, we are yet to understand the true meaning of today’s songs even though we know quite well, there is no more message in their heavy kitted studios.When we pierce into todays’ musical realm, you might not feel so dissapointed about the turn of events and the wide changes that has engulf the “Noise Industry” as I term it now, why? Because everyone is entitled to what they say or do, likewise what they hear…You walk through some the greenfield of Nigeria music industry, during those early 70s down to the early 90s, one begins to wonder what happened to the organ grinder of ayonders, but quite alright nothing really, its just some shift in focus, the whilrwind of refuse has crept into the moral industry of the Nigeria lyrics provider, therefore for some of us, we find it hard to turn oblivion of the things we enjoyed, importantly the songs that raised us.There were elegies, dirges, ballads, humourous and inspirational tunes, used to fine tune, the moral decadence now absence in today’s arena.