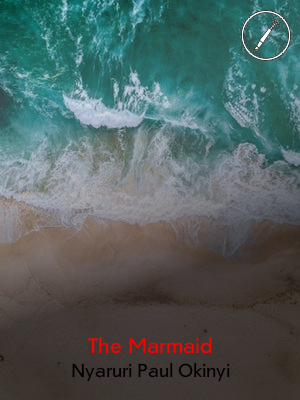 Palm trees hovered along the coastal beach as the ocean kept calm its waters. All was seen was ruffling palm tree leaves bringing cold yet warm air to the beach goers.

On every evening as the blinding hot sun was setting down, uncle Perez used to go and lie down at the ocean’s beach after a day’s long hard work. Perez used to do physical an energy demanding daily routines. This relaxation used to give him a chance to get a holy solace and meditation about life. After all life is about having peace with internal self-soul.

Uncle Perez continued with beach visitations for a long time. Every evening he could pike his hard loved novel by the title “Marrying the Ghost”. This was his company. He routinely went every evening when the sun was setting on its beautiful horizon. Temperature was warm and soberly appealing. This nature used to attract a lot of beach goers. The rare waves was the cause of him for celebration as wet waves brought tiny sand by rapidly rushing water to the ocean shore line.

On every different occasion, which most beach goers were meeting with Uncle Perez, there was one different point, life style. Some people came with their families to have fun as they run end to end with their families. They share stories with family cliques while uncle came to have solely his own time.

Perez used to go and lie alone on a feeble four legged beach bed and overlooking the ocean. Comfortably suited with an umbrella that looked rugged but so silent and serenity the place was.

Birds chirping and their musical sounds from their activities used to wake up Perez every morning. This was a sign for his hard start work. Daily was the chilly morning and cold it was, was Perez blazing it. I used to watch him though admirably his life was, he enjoyed his hard sweat. Indeed his ocean line visits were justified. There was that consolation to his body and spirit.

Surprisingly, at the middle of the summer fall, one evening, the sun had shook its rays, its torch was going to sleep. Perez went down to the ocean as his normal nature was. He spent his time there and came back finally.

Its evening, our small village is almost engulfed with evening darkness. Fire flies all seen to fly as some stumble down in the grass and strain to fly again. I heard a knock at the door. I rushed to attend the door. It was Uncle Perez who looked excited and his face read a surprise to me.

“What is the problem?”, I asked. My uncle couldn’t respond to me.  All he deeply muttered to me was “young boy, go sleep”. I felt terrified as my veins bulged with fear. I knew something had happened.

I insisted but he looked angry at me. His face showed, he wasn’t ready to answer me. I left him as he moved to his room to get some sleep. After a while, standing with owl like eyes, I followed him to his room but unfortunately he had locked the room.

The night came to a silence. Morning dawned and the sun illuminated our homestead. We woke up and still my uncle was in that unexplainable night mood. This time willing to share with me the evening ordeal.

“It’s a taboo in our African culture to talk about what I encountered yesterday evening”.  Uncle Perez started. I alone paying much attention to the burst of the story.

I gasped a junk of air the moment I heard the term taboo. My feeble legs were pretty shaken. My whole body shook that morning. My throat was dry making it hurt as I took the air. Then it hit me.

“The Mermaid”. “My uncle uttered. It swam to the beach and it really spoke to me some few words before it swam back to the water promising to show up in another following day”. My uncle continued.

Speedily, I told my uncle “maybe you are cursed”. Angrily, he grabbed my shoulder and immediately jammed into me. I took a surprising back step from him. “What on earth was that possible”? I asked as I exited the house.

While I stood outside, he reached at me and cautioned me against speaking to anyone about the incidence. Before I could apologize to him he started threatening me violently, making me freeze with fear. “I can’t live with this in my life”? I told him.

When he heard that he offered me a chance of one day going to meet the Marmaid. He frequently called it his Marmaid because it kept watch over him when he was at the beach. Giving him company too. They could have a dialogue on many issues and they could converse about ocean life. It was an interesting story to listen to Perez whenever he shared with me.

I have never seen that ocean creature. It would be my first time and it would be shocking to my life. My confused mind was still hazy about this monstrous creature. Though afraid I was, I was eager to see it. My uncle described it as beautiful and full of pride.

“This might be dangerous”. I quipped. The whole story of my uncle doesn’t make any sense to myself. I thought it hard as I figured it out what might happen if we encounter it.

My uncle stared at me in silence but after a few minutes, he opened his mouth whispering, “Take courage boy”.

Time met the reality. Evening came and we left together. We reached the beach. Everyone took shaky beach four legged beds for relaxation. I took the lower sea line. We started having a chat. The sun was beautifully setting down to the west spraying its horizon rays on our bodies clad with beach shorts bare chested.

“I think she knows we are around”. My uncle said. Exactly at that moment, our friend rose up from the water. It came to the shoreline. I didn’t believe at first. It spoke.

I looked at it with a big admiration. “What is your name young boy’’? It asked. Highly I said, “Junet Junet Junet”.

“Junet, handsome name for a handsome boy like you”. It gave me a small smile as my uncle was watching but smiling with his eyes.my cheeks widened at the compliment but I brushed it off because I was afraid. Full of fear, it was unbelievable

Clearing my throat, I asked it a question, I was fearing to ask. “How comes you speak than other sea creatures we know”? It nodded its head with a sense of suspense. “I will get you an answer soon young boy”. It said. Immediately it swam back to the ocean going away with ocean tides. I was mesmerized with that stunning sea creature.

We could go to the ocean and visit our beautiful Marmaid always every evening.