The Man I Killed

By Jude Umoren 9 months ago 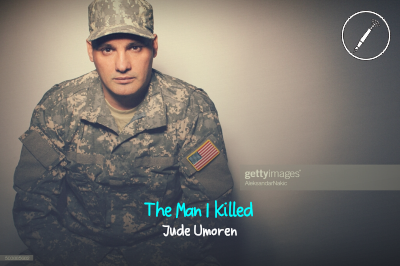 Had he and I but met

By some old ancient inn

We would have drank till it got late

Discussing everything heard and seen

But he was a soldier fighting for the enemy

He shot at me and I at him

No time for resolution likewise the remedy

Everything could have been avoided in a forest so green

That's the rule of WAR that can never be rebuild.

I wasn't ready to face the negative results.

It's either you kill or you get killed.

It was battle otherwise it could have been an assault

Everything is meaningless now, even the award of bravery

But if I was in his place, DEAD, my dreams of coming home wouldn't have been fulfilled