By Adesokan Abdulafeez 3 weeks ago 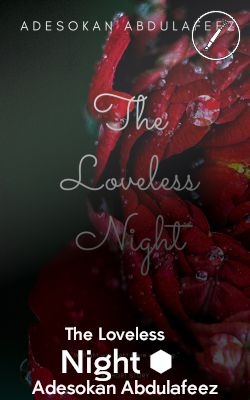 Sandy looked up to see Bamidele. Their ICT senior by two years in 500 level. A gentle guy with easy manners and temperament. But Sandra immediately knew why Yetty would pitch Bamidele to her. Bamidele wasn’t Yetty's type. He wasn’t handsome or tall or loaded. He was just another brilliant guy who is only good for lessons to her. But Sandy did like Bamidele because he was the only guy who would help juniors by giving tutorials and answer tough questions. He was a nice guy. The problem was; she wasn’t attracted to him. Sandra was attracted to tall handsome lean guys who were charming and could sweep girls off their feet with flair. Like in the romance novels. She grew up reading too many romance novels.

Even though Bamidele wasn’t short, he was of medium height, with an obvious fat body and a little potbelly. He kept his hair; afro and full and it was usually shaggy like he couldn’t afford a good barber. And he was almost always badly dressed in oversized long-sleeved shirts and jeans. With oversized glasses that gave him an owl-eyes look.

“Hey…um good afternoon guys,” Bamidele said greeting the class of about one dozen students gathered for the regular tutorials. He immediately zoomed in on Sandra as if he could sense her thoughts about him. When she looked back he just as soon looked away in shyness.

“Sorry babe, but I am not interested in our tutor.” Yetty just shrugged and Sandy sighed.

Bami would have been perfect but she wanted one of those guys that she’d read about in Mills & Boon and Harley Quinn novels. The tall muscular handsome princes that would sweep ladies off their feet. She was all about passion. The heat.

The most Bamidele seemed to be passionate about was programming. He would only glance at her occasionally in class. She sensed that he might be interested in her but she couldn’t be sure. Who knows what goes on in egghead's brains. Besides she wasn’t interested. She wanted someone who would light up the fires of passion in her. Someone who would make her head go foggy and unable to think clearly. Someone whose breath would make her skin go goose-pimply, her hair stand on end and her nipples perk up. Someone whose slightest touch would send heat waves rushing through her veins and converge between her legs and moisturize her in between.

Not someone who would only smile at the whiteboard whenever he successfully treated a question that lecturers failed at answering. No. Bamidele wouldn’t do at all.

“Yetunde, you know what? Why don’t you tell me about your plans for this evening?” she asked changing the subject.

“Oh, you know my friend Michael?” Sandy rolled her eyes because Yetunde always called her guys ‘friends’ like there was a boyfriend hidden somewhere that she was hiding them from.

“He says he’s taking me to that new eatery that just opened opposite our school: Richies! Afterwards, we would go to the school’s Valentines’ bash for some mingling and from there we will spend the rest of the evening at the seaside, for some late-night ocean breeze romance.”

She said gleefully thoroughly excited and forgetting about Sandy’s loneliness instantaneously. It was a wonderful plan and Sandy immediately regretted asking her about it. It made her jealous.

“That’s nice,” she said finally “now, let’s listen to Bamidele tackle this question. It will come out in the next test.” And she totally ignored Yetunde.

Life
Stories
16 hours ago
The Gone
Poetry
16 hours ago
Royal Court: Queen Of The Party
Stories
6 days ago
The Strange Story Of Men
Stories
2 days ago
Previous Next