By Aniekan Andikan 3 weeks ago 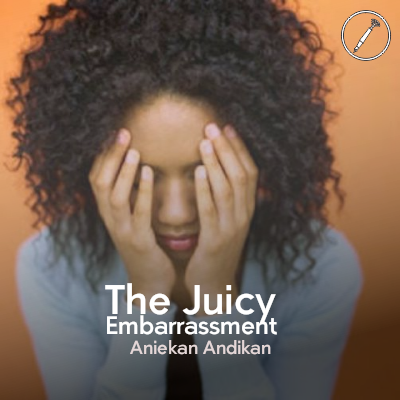 She had no choice but to stand there and endure the biggest embarrassment of her life. She was delivering her report in front of her colleagues, all the while avoiding their faces and wishing her face was hidden behind a mask.

This was her first report as the HOD of CD but not her first presentation in her lifetime. Charity Department was generally known as CD at the top writing firm she worked for and it was the lowest in the rankings of departments in the firm in everything.

She was the last person to be called upon to give her report for obvious reasons. The other HODs had given theirs stating the number of jobs they executed, the money they spent to handle the jobs and the income they gained from the jobs. These were arranged by months and a general total was given to show the profit for the year in review.

All the other heads of departments had great profit margins with Industry Department raking in the highest profit. When she was called on to give her presentation, she was already ashamed for many things. Her department never generated any sort of revenue because their work was to handle pro bono cases. Their work was usually to write copies and press releases for charity organizations, activism, nonprofit events and to create and edit content for nonprofit information platforms including Wikipedia.

Also, she had heard that the manager wanted to dissolve CD before she was hired to run it but the founder had prevented it. As she went to stand in front of her colleagues to deliver her report, she wished he had succeeded. It was better to work as an assistant in any other department than to be in charge of CD.

She plugged in the flash drive that contained her report to the system which controlled the display for the presentation. She swallowed hard and started her report. She went through the jobs they handled and how much they spent to handle the jobs and after that, she went straight to conclusion when the HOD of Speeches Department raised his hand.

“How about the income column?” he said with a knowing smile on his face.

“Come on man! Give her a break! You know CD is the only department in the world that does not have an income column,” the general manager intercepted before she could answer and everybody on the table burst out laughing except for the old man who sat at the end of the table, whom the whole report thing was for.

She concluded hastily and went to sit down.

When the meeting ended, she went to her office to sit and stew for a while, snapping at anybody who asked her anything.

She heard a knock on her office door, the door opened and the old man at the meeting poked his head in.

She knew who he was. His image hung with that of the president and the governor at the reception. He was the founder. The person that was responsible for the predicament she was in. He should have allowed the manager to dissolve this godforsaken department. Now she would have been working and writing for another reputable department and she would have grown to run the department through hard work and dedication. But here she was running a stupid department that sucked her pride out of her.

He better not add to my anger right now, else I will just insult him and all he can do is fire me. She said to herself.

The man walked in and closed the door behind him.

“Please, sit down,” she said out of general politeness to elders.

“Thank you,” the man sat down. “I’m sorry about the boys. They surely don’t understand the importance of this department to this firm.”

“I’m not sure I see any importance either,” she said sorely.

The man took a steady look at her and then adjusted himself on his chair.

“I have to tell you a story, maybe then, you may get to appreciate what this department has done for this firm and why it is so important for this company.”

Her interest was piqued. She relaxed and listened to him tell her how he started his writing firm because after he graduated from school as a journalist, no media house hired him because of his surname. Apparently, his uncle was the NUJ chairman who had embezzled the union’s money. He was arrested and convicted. At the time that he was applying for a job, his uncle was serving time and media houses will take one look at his name and ask him if he was the former NUJ chairman’s son? He would say no, that he was his nephew. They will tell him they will get back to him and that was it.

He started a writing agency because of his love for the art of writing and since he did not have any money to invest in his company, he figured that he could do something for people who were doing something for a good cause and he could in a way benefit from it. So he approached charity organizations then and pitched to write their press releases for free in exchange, they would recommend him to write for their sponsors. They agreed.

He wrote well for charity, activism and nonprofit events. They were happy with his work so the recommendations started pouring in.

“My first paid job was to write a sales copy for one of the charity’s sponsor’s company. They made and packaged black soap. That job gave me the reputation that I have till today,” the old man said in a way of reminiscing.

Her face was a mask of realization as she took in the story. This was a nobleman and she was already being harsh to him without understanding why this department existed. Suddenly, her pride returned. She smiled at the man. She was working for the most important department and she did not even know it.

“The mistake I made was making someone who did not understand the importance of this department the manager,” the man said after a while, “If you serve your department well, you could help me correct that mistake,” he finished before he stood up to leave.