By Tina Enem 6 months ago 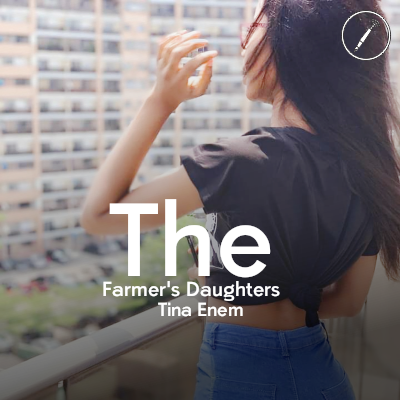 This is an old story of a widower Farmer who has two daughters.

Daily the farmer goes to his farm to check on the weeds, crops, and all he has planted to water them and to see if they were growing.

One day, the old farmer became sick and died.

His two little daughters were sent to their uncle. But their Uncle's wife was very mean to them. Sometimes when they come back from school she would not give them food to eat. She will give them hard labours and chores to do without food.

They would always cry and often times they looked battered and bruised because their Uncle's wife never hesitated to beat them at the slightest provocation. When their Uncle died, they couldn't bear the incessant beatings and battery from their aunt so they ran out in the middle of the night to their maternal home, to their only surviving sister of their mother. She nurtured and treated them as though they were hers.

Later on, the two little girls strived to be assiduous, and optimistic through thick and thin they excelled and became groomed. They both got married to very influential, rich and benevolent young men. So they relocated with their new found family to the States. Living a luxurious and very enviable life.

As their uncle's wife looked around her empty thatch house, she wept bitterly. Her tears and emotions running down filled with regret. 'Now I have nothing to account for'. I do not have any children of my own and I do not have any claims on any of my husband's properties.

I could have been kind and nice to those little girls. They would have been the only consolation to my lonely world. She thought...

Life is no longer sweet...

Her greatest wish was to turn back the hands of time.