By Aniekan Andikan 15 months ago 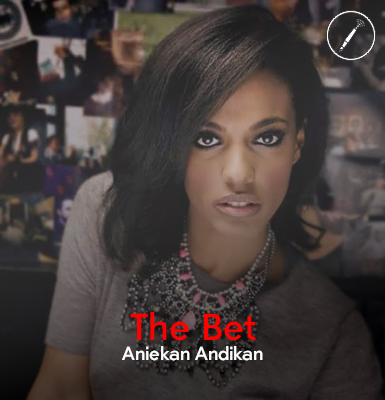 “Girl, I'm going to sex your husband today. I am winning this bet,” the pretty lady who sat in the row in front of me said into her phone, to the unfortunate person she was talking with. She was totally oblivious of the rest of us.

I was in a public transport, a bus to be précised. Before now, everyone was minding their own business but after the statement dropped all eyes were on her. Those who sat in front turned to look at her, including the driver whose look lingered more than others.

I was just chilling and observing the different reactions that were pouring in; someone whistled, another coughed and a couple cleared their throats.

At her left sat a woman with a baby and a ring in her ring finger. She fixed her a murderous look. Oh my! If looks could kill.

At her right sat a handsome dude who looked like a gigolo. He was admiring her deeply. From time to time, his tongue will flick over his lips. I’m sure that’s the same thing the snake did before it swallowed the 36 million.

Another woman who wore red from head to toe, including a head tie that covered both ears was steady giving her side-eye glances. She was visibly worried – I guess – for her husband’s sake.

Finally, I turned my attention to the lady who had gathered all this attention. Her poise and confidence was out of this world. She dressed smartly modest, like a banker. The skin that met the eye suggested that it was soft, warm and luscious. I did not lick my lips though. Or maybe I did. Can’t really remember. The outline of her body showed the figure 8 with a perfect font.

She turned to see if she was getting any reaction from the back seat. I got a look of her face; pretty, slanty eyes, full kissable lips and a small pointed nose. She had on a pair of those tiny earrings with diamond studs in the front.

I averted my eyes immediately and made sure, with considerable force, that my face looked passive. She turned back to her normal position.

I was just pitying the man that she was going after. There was nowhere he was going to overcome what was coming his way. Damn! She was alluring. You could see it in her eyes.

My phone rang. “My Heart Beat” was on the caller id. I picked.

“On my way to work. What's the matter baby?” I asked with concern.

“Don't Baby me. Just make sure you don't fall for any of my friends. One of them just called me about the bet we made. Said she's about to sex my hus...” She continued talking about what I was starting to understand.

“Hello? Are you there? Honey...” my wife was still on the phone.

The pretty lady turned her head this time to look at me. Then she smiled.

I heard a loud gulping sound.