By Ayomide Elizabeth 3 weeks ago 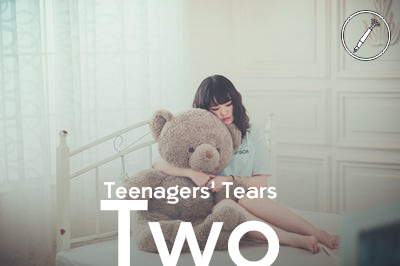 "Mum, how come you forgot my birthday?" I was standing close to the kitchen door, arms crossed on my chest. I had been standing there for a while and was ready to burst if I didn't say anything, so I had to go ask.

"Oh my God!" she screamed.   "When was it darling?"  I would have said something but I was shocked beyond comprehension, I just kept staring at her surprisingly. "It was yesterday wasn't it,  I'm sorry darling, please forgive me, I promise to make it up to you," and just like that it was over. Truly, it was saddening but I had to forgive her. She's my mum and how could I hold a grudge against her?

I moved on with my life. Soon I was 15 and had grown to puberty (big issue!) I had gotten a phone this time from Usman who later became my only friend but had to leave the school in ss2 due to relocation.

He had given me the phone on my 15th birthday.  I was so happy (it was my first gift from someone who wasn't basically my family) well at first I thought it wasn't the right thing to do, just like the way you are thinking too now, collecting gifts from strangers especially boys, don't you know how dangerous that is? But I wasn't moved,  Usman was my only friend, I couldn't reject gifts from him and he was leaving soon too, who will be my companion? Moreover, our relationship was casual, no string attached (or so I thought!)

Moreso, I'd heard about social media and I was eager to know what mysteries it holds.

Well, guess what? my parents don't have my time anymore. All they believe in was work and as a result, I so much lack care and love as much as I wanted it. They don't even know what's going on in my life (so don't hasten to blame me).

I got the phone and kept it in my room. Usman had taught me how to operate the phone and with time I'd learn the other things. I used to hear my classmates talk about Facebook and WhatsApp, how they meet new people, how it was fun and a lot more. Well, you can't guess the rest.

So this wonderful Saturday morning, I woke up early, did my chores and went back to my room. I settled down comfortably, picked up my phone and started scrolling. I saw the Facebook logo and quickly clicked on it, I had bought a sim and airtime a few days back while returning from school. I created an account, uploaded my first profile picture. I saw a lot of people I knew in school and sent as many friend requests as I could.

Wow! social media is lively, I'm beginning to enjoy the vibe. Soon I started seeing messages from different people, I replied (self-conscious at first). So this was what I'd been missing out on.  Wow! I continued strolling, I joined groups and chatted people up, most of them strangers.

Hmm! at least I won't be bored again, social media is there for me" I said to myself. I continued like this and still, my parents never suspected I  had a phone. As a result, my grades dropped even worse than before and this time, I couldn't care less.

My phone became my best friend. I spent every time I could with it and could even stay up late.  Unfortunately, I had lost Usman's contact already, I wished I could talk to him again, but I know I'd still meet Usman someday though I really miss him! And well thanks to him for introducing me to this aspect of life.

Things went on smoothly, social life was great. For every post I made I got tons of comments and they were ones nobody ever told me before, I was living my best life until I met this particular guy on Facebook.