By Jonathan 13 months ago 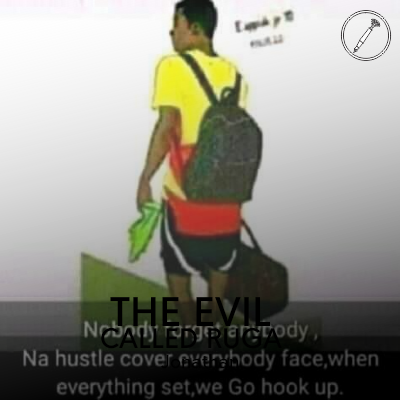 The problem of a people without intelligence is as big as the globe itself. Nigeria as a country has defiled almost every scientific method that can be thought of. She seems to be living in the age of myth and the age of the gods all combined. The focus is always on irrelevant issues. Could only the leaders be blamed? Every Nigerian is a partaker in this mess. Myself, I come from my village.

The story and the actuality of the menace caused by the herdsmen is almost no longer a story, it is almost becoming usual. The story and the actuality of the dumbness and inaction of the competent authorities are almost becoming acceptable to the masses. The fact of these herdsmen not being Nigerians is no longer debatable. The doom of Nigerian farmers is no longer negotiable. The question is, when will your own time come? The story of the Islamisation of Nigerian is unbelievably becoming evidential.

It is more than a month and some days since the president of Nigeria was sworn in for his second tenure only for him to introduce the Ruga settlement that has polarised the country and made it more divided than it was before amalgamation (cf Vanguard, the true meaning of Ruga by Idowu Bankole. 2/7/19). Ruga is a Hausa term that means cow settlement. (The purpose of using a Hausa term to designate a Fulani way of life remains a big question). According to Mr. President, this settlement is going to be established in all the states in Nigerian in their numbers. This is going to take about 31,000-hectare piece of land. According to Mr. President, this idea was conceived to address clashes between farmers and herders in the country. He went on further to mention the benefit that comes with the Ruga settlement such as adequate basic amenities like schools, hospitals, road networks, vet clinics markets and so on. This will give room for job creation and access to credit facilities

It is worthy to note that before the idea of Ruga was made known, Mr. President and his cohort had initiated the idea of Miyetti Allah Cattle Breeders Association (MACBAN) to set up a vigilante group in South East. Could it be that the southeasterners can no longer guard themselves? All these are wonderful ideas of the President at least to show his functionality.

However, the plausibility of the action of Mr. President lies with his subjects and also on the equality and maintenance of this country with multi-ethnic groups. As a result of this, I have a few questions which I think will enable my readers think along.

This programme was raised to combat the clashes between farmers and herders but then is this the best way to go about that? How can you collect the lands of the farmers and give it to the herders who are not the rightful owners and still claim to be a peace ambassador? Is it not obvious that most of these herders are unlawful immigrants? How on earth do you take what rightfully belongs to someone and give it to unlawful immigrants? Worst still these immigrant harbour unlawful arsenals for the massive destruction of lives and properties of lawful owners.

The presidency pledged to build schools in these centres which we must applaud him for. In the past year, he actually made some contributions in the academic field but he never built a single school. How are we sure that he will really build such schools?  How sure are we these schools when built will not be Islamic schools since the herders are mostly Islams? Records show also that these people more or less do not value schools, why then should they be given one outside their homes?

Despite all the benefits that come with cattle rearing it has never had an edge over crude oil nor cash crops. These two have been the major source of income for this country and as such should be encouraged. But then how many standard refineries can we boast of in Nigeria. How many cash crop industries do we have? I do not think there is any and even if there is, they are not functional. Why then should we leave the devil we know for the angel we do not know?

I have not come to crucify the presidency but to make it known that his decisions are only serving the interest of a particular group and as a result appears to have agendas beyond the superficial.

This, therefore, should stand to wake the youths of what I may call impending danger. Why focus all your attention on BBNaija? Why not become interested in what is going on in this country so as to know how best to correct when you become a leader tomorrow? As for me, am going back to my village. Nonsense!