By Felix Zachariah 3 months ago 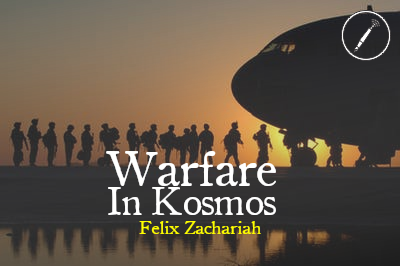 The cross speaks for you too

She bears the scars of your victory hues

Who knows Jesus died too

In stead of all who sinned, even you

The father let him down to death

For you, Jesus was under arrest

Hello, didn't you see him bleed in agony!

For our Salvation, he wore sinner's garment

At 3'O Clock, the firmaments lament.

Abel's blood cried from the crust

Creation gawped at the Creator who lost his Creations' trust.

Crowns of thorns, he wore adorned

Game of Thrones, who cares if he did got blows

Of ingratitude to a gift no man deserved.

What have we really learnt in movies?

Eve, why did you have to be overwhelmed by the succulent fruits of the forbidden tree?

Our pride have graduated from ss-three, yet you and I aren't really free.

Yet, we try to tell Elohim that which we really do not mean from our hearts. Well…

When the King trudged up Calvary hill

He stooped so low to foot your bills

When you were deep in the oceans of debt

By his death, he settled all that you will ever let away for debt.

Do we continue in Sodom that grace may abound?

And when the trumpet shall sound, who will merry with us in Hades?

Lo, the Powers of Gehena forshadows

And the Prince of Darkness go fishing.

Who knows the Voice of the El-Shaddai!

Let him stand his ground in tent of His eyes.

Behold the Anakims on the Mountainside

For the days of Contention are here.

Black And White
Poetry
5 months ago
Could You Not Love Me?
Poetry
6 months ago
Oh Msimbi
Poetry
4 months ago
Echoes
Poetry
22 months ago
My Love For You.
Poetry
19 months ago
Ships
Poetry
23 months ago