By Adesokan Abdulafeez 5 months ago 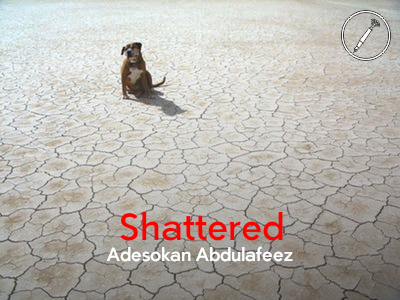 The world shattered with a car crash.
A son was killed but the mother also died.
The tears have stopped but her heart still cries.
Among the living but she was no longer alive.
For how could she forget?
Her hands, blood-red from her dying firstborn.
First the father and now too, the son.
For a widow the world was bearable.
But without her son her heart's inconsolable.
No longer a wife no more a mother.
Her will's broken and so she surrenders.
With eyes downcast, she's a walking corpse.
Her hope's lost and the enemies rejoice.
Their condolences didn't do any good
Made her feel worse even
"What do you say to a woman who's heart has been torn open?"
Being a father myself
All I said was:
"All I can do is be here for you."
And I hoped...
that's enough.