Series Of A Hard Striker

By Author Enobong Ukpabio 11 months ago 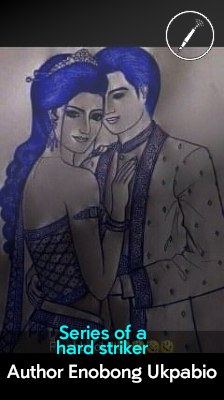 Series of a hard striker

So even guys with multiple lovers too can one day be a single guy with no one to say HI to from a stressed out day.

Life of a single brother,

Yes, single BROTHER but I know many will say and many will wonder or have a divided mine to think on something negative or positive. Beyond that:

Question like "just a few days ago he was in a relationship". But that's an ironic expression,

Yes, ironic because the name wasn't included and probably that could be tagged a "Ghost Dating".  In a relationship with an anonymous being. (Funny). But reverse is the case "complicated"

Yes, I never neglect her but she persisted she needed us often, like always needs attention, YES, attention was all she needs, but yet Boo was flirting around and eating apple fruits from different Eves and Jazebels' around the tick forest and  giving her excuses. Imagine, he was enjoying and she was dying in love. (Out of the abundance of heart the mouth speaketh). The guy loved her, yet didn't wanna make her a top priority, because his hands were not clean.

Now the vapor of love and emotions began to sublime from it's resting point, and opps the guy began to see that this human is the most precious thing he has ever met, and would like to cross boundaries and pass through all the rigor just to settle for her, and at this point all the laws around chemistry, physics and life began to take their seeing position between the two lovers. (What goes around comes around, love increased, her's decrease and suddenly fades away). This laws weren't just nice to happen but happened suddenly.

Loyalty began to set in as the Head suddenly became weaker as he tried to swallow the Adam's apple on his neck just to be loyal to the one his emotions grips for, yet the created out rips ain't interested anymore. The Boss is down, and emotion rising high, suddenly everyone else that looks like a female became bored to him and his tagged is on the one girl he finds worthy to date. She's, giving different excuses, yet claims she's single, and still got feelings for him. (You're still my lover, but I want you to change)

Change? Change in what way? Replies trips out from the bottom of my heart. For me, yeah I know I was and will still be guity.

I'll try, but please forgive me, and come back to me that's all I want.

I've forgiven you, but the love must be from my heart, don't force it, else I'd pretend and fake everything.

Okay, just fake it, but I swear I need you back with me.

Like how many seconds, minutes, hours, days, weeks or years??? (I ask with frown and innocent facial look)

Yet, nothing comes out from all this conversation and pleading.

Funny enough, Author, you've chased away all your plan Bs' just to make her a top priority, yet she still stand by her crazy last word to y'all last conversation.

Hmm, now it's just hard to be in a Single-man shoes, after 2007 away, lost of virginity. So I scream loud "Can this cup of single-hood be taken away from me"?

Yet, bae still looks and makes no consideration to boo's request.