By Okechukwu Ukegbu 5 days ago 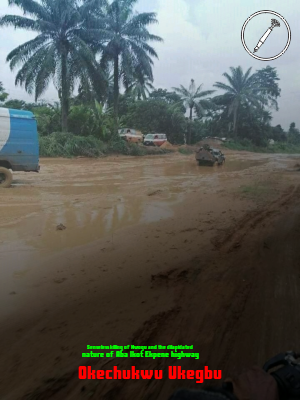 The story surrounding the senseless killing has continued to change over the minute in forms and narratives. Even the release by NSCDC explaining and defending the killing is not palatable and can only be defined as a futile attempt to cover the dastard act.

Despite the mutations in forms and narratives of the circumstances surrounding the senseless killing, the killing is extrajudicial in nature.An extrajudicial killing is the killing of a person by governmental authorities or individuals without the sanction of any judicial proceeding or legal process. Extrajudicial punishments are mostly seen by humanity to be unethical, since they bypass the due process of the legal jurisdiction in which they occur.

Also,the Police Act (Cap 359- Laws of the Federation of Nigeria), among other things empowers the police with duties of:prevention and detection of crime; preservation of law and order; apprehension and prosecution of offenders; enforcement of all laws; performance of military duties within or outside Nigeria as many required by them or under the authority of the act or any other; and, protection of life and property.

An article entitled” Weapon Handling and Phantom Discharge”, vested the security agents with responsibility of keeping the weapon pointed in a safe direction (where there would be no injuries to persons or damage to property in the event of a discharge); keeping the finger off the trigger until the gun is on a target and the decision to shoot is made;be sure of the target and the target backstop.

There have been calls to redesign the training of our security agencies to expose them to academic works on human psychology, human rights, and the constitution. The proponents of this arrangement also advocate a review of academic entry requirements of the security agencies. They are of the view that the proposal, if implemented, would go a long way in enhancing the security agencies’ performance and respect for the civil population.

The extrajudicial killing has reinforced arguments on the prolonged dilapidated nature of Aba- Ikot-Ekpene road because the subject is the root cause of the killing.The road is unarguably strategic to the economy of Abia state. The road links Aba, the economic heartbeat of the state to Akwa Ibom ancd Cross Rivers State and extends to the neighbouring Central African country, Cameroon.

Traders from these neighbouring states form buck of the businessmen that patronise various businesses in the commercial city.  Also during the heydays of made-in Aba shoes, markets such as Cameroon and Togo were captured.

To describe the Aba- Ikot- Ekpene road as the proverbial “goose that lays the golden egg” may not be out of place. Unfortunately, to say that the road, especially the Abia axis of the road is in a deplorable condition is an understatement. The road is a disaster begging for serious attention.

The road has been roundly neglected by previous administrations of the federal government. The road project was reportedly awarded in 2009 to Brent Investment Ltd, by the late President Umaru Yar’Adua’s administration at the cost of N2.9 billion with a completion period of 20 months; the contract was meant to reconstruct the failed section of the highway.

It has been alleged that inadequate budgetary provisions in the past years has been responsible for the delay and the gradual failure of the road hampering economic activities in the commercial city of Aba and other cities in the South-east.

For example, the federal government did not make budgetary provisions for Aba-Ikot Ekpene road in 2013 budget, and so the contractor did not do much in terms of coverage and project completion. Also, the 2014 budget which was tagged all inclusive with a provision of N120 billion for the Federal Ministry of Works for capital projects could not proffer the solution.

The deplorable state of the road is exerting serious negative impact both on the Abia economy and citizens of Aba, especially those communities located on the fringes of this federal highway such as Alaoji, Ntigha, Umuafukwu, Ohanze, Umuokpo, and Onicha Ngwa, just to mention but few.

These communities are mostly agrarian communities and depend, to a greater extent, their farm produce for a living. For these communities to access Aba, which is their nearest commercial city, is akin to the proverbial “camel passing through the eye of the needle”. For them to access the town, they swim like amphibians and engage in a more tortuous odyssey than that of the “Magi” in T.S Elliot’s “The Journey of Magi”.

It will be recalled that sometime ago,an AfDB team accompanied by another team from the Federal Ministry of Works, Abuja  had on the spot assessments of the road .The inspection tour offered them the opportunity of first hand information of the level of decay of the roads and the trauma and suffering of the residents and travellers in and around the road. AfDB  did a technical analysis and studies of the roads before releasing funds for repairs of the road.  The visit  offered new hopes that the road would be fixed but to no avail.

The killing of Mr. Nwogu is a wake up call to the federal government to urgently address the dilapidation of the road.