By Lawrence Ruth 14 months ago 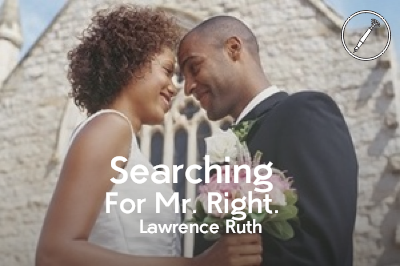 “Mama, please if there’s anything you need to tell me, then tell me, I’ve got other better things to do,” I remembered telling my mum when she wouldn’t stop being a pest to me.

“So what I'm saying is nonsense? Isn’t it? So you don’t want to get married and get settled with your husband or family? Do you think you will stay with me forever? Eh, this girl? Do you think you’re still a child? Please, I want a grandchild in case you don’t know. Things would have been better if you weren’t my only child. Please do quick and get married. All the handsome men and even the wealthy ones have been trooping in before you graduated from school but you keep saying is 'you just want to be you. Not in this house O! Go and marry,” that has been the query I received from my mum ever since I was done schooling. My dad was less concern, though he would remind me every night that I should look for my home and let him be with his wife.

I thought I could live my life a celibate but no, my parents won’t let that, especially my mum, the number of men who seem to be increasing each day, asking for my hand in marriage made things uneasy for me. Some were childhood friends, some class or course mates, others, wealthy men that I haven’t met before but knew me well. If I weren’t the only child things would have been easy. My parents won’t just hear any excuse from me.

Once my mum took me to a prayer house at Owere to pray and cast out any form of marine or spiritual husband delaying her girl from getting married for she thinks I’ve got a spiritual husband. If I had known she was taking me to a prayer house I would not have followed her but she lured me with an excuse. While the prayer was going on, I never opened my mouth to pray. I only knelt down staring at them while they pray. I felt really humiliated.

“why weren’t you praying, while the prayer was ongoing?" my mum asked once we got home.

“Why will I pray, when you never told me you were taking me there? You made me feel as if I am possessed or so,” I sputtered back.

“ Thanks, mum! But am tired of all these kinds of stuff you’ve been doing”

“If you’re tired then get married”

I began my search for Mr. Right. I took one of my suitors contacts. We chat and communicated well. On several occasions, he took me out. I could tell from my parents look they love what they were seeing. I did what I was doing not because I love it but I just have to please my parents. Well in order not to be with the wrong guy I planned to put Madu my fiancé to test. I wanted to know what sort of guy he was. Instead of marrying at the church or having our traditional marriage I insist we just have a court wedding. I told my parents in Madu's absence that Madu wanted a court wedding. My parents didn’t like that but I convinced them and talked them through never asking Madu else he gets angry and I wouldn’t like the stress of going all over again to look for Mr. Right.  Not wanting to hurt me, my parents agreed and were calm while the court wedding took place with just very few friends of Madu present.

A month after our wedding. I began to see the other side of Madu. First, he won’t let me resume work or get a new one at least. He had always given me an excuse of

“I want to see you home whenever I am back from work,” he said.

“I don’t get it. Did you marry me just to keep me at home without doing anything?”

“Not really. There’s the TV if you want to watch any movie. If you need anything you can tell the maids get you what you want”

“Look, sweetheart, I don’t really want to stress you, I want you safe and happy,” he said.

“Please! Save me from what? I'm the one working, not you. I'm not even complaining so why should you?. Look please, I need to go out there and do what I love doing, I have a profession. Staying at home doing nothing is not my profession. So if you don’t mind honey, I would love to start working tomorrow morning, plesaseeeee” I pleaded gently.

“No. No way. You stay at home and you remain here till am back from work and that’s going to be every day,” Madu muttered then left the room briskly.

I was red with annoyance but I calmed down when I  remembered it’s just a court wedding and just a few knew we were married. So I can leave at any time I want.

At night I refused to talk to him but he never mind, in fact, it looks like to him we never had any form of misunderstanding that morning. He was busy with his phone when he got tired he went into the room. When he had wanted to touch me, I slapped his hand off my body with annoyance.

“What’s wrong with you? Ever since we got married you never allowed me to touch you. What’s your problem?”

“You’re tired? What got you tired?”

“Staying at home got me tired”

“You’re kidding, right?” he muttered then tried holding me but each time I pushed his hands away after several attempts he got tired and slept off.

He told me he was going for a friends birthday party the next day. I asked if I could come with him. At first, he said no but I pleaded so hard, so he let me come along with him.

At the party, I met an old friend of mine Emeka. He had spotted me sipping my drink alone at a lonely spot.

“Ine, what are you doing here?” he asked once he got to where I was drinking alone.

“What! I should be the one asking you that”

“It's my friend's birthday, so I  came to celebrate the day with him” he gibbered showing his white firm teeth

“Oh, same with me too. Just that the guy’s my husband's friend”

“I thought you said you wanted to be a celibate what happened?”

“Oh, it’s a long story. Look Emi...” I was cut short by a firm hand grip on my wrist I turned to look at an angry Madu.

“Excuse me,” he said then dragged me out of the hall.

“Who was that guy?” he asked

“An old friend of mine”

“An old friend of yours. I see…. We’re leaving right now”

“Did you just ask me that? Oh, so it has gotten to an extent of you questioning me, isn’t it?” Madu raved.

“But I just asked you a simple question. Where are we going to?” I asked him again gently, wondering what got him upset.

“Just shut your mouth up! Am taking you home”

“Yes,” he sputtered then started the car and off we zoomed home.

We got home not talking to each other. I had my bath then got into the bedroom. As for Madu, he sat at the bar drinking as much as he could. By the time he was done drinking, he was entirely drunk. He walked into the room carelessly and fell on the bed roughly.

“Do you know how beautiful you’re?” he said pulling my nightgown.

“Sure of course I know,” I replied pushing his hand away.

I could perceive the alcohol he drank and that made me feel like throwing up.

“Why don’t you let me touch you?” he stammered incoherently. “Won’t you speak?” he sputtered, fiercely dragging my gown.

I struggled with him to let go of my dress. He was drunk and fierce, once he let go I hit him on a light spot that could send him sleeping at once.

Tired of the mess I’ve got from him so far. I packed my important languages. I withdrew the amount he paid as my bride price and kept it on the table in our bedroom with a piece of paper telling him of all his doings I can’t take or handle and the bride price too. I left before he could wake up.

Once I got home I explained everything to my parents who found it hard to believe. They thought I was just saying things to get away from Madu. Well whether they like it or not I am not going back to Madu. I stayed home, built my company and later I got Mr. Right whom I made a family with after getting married. We lived happily together.