By Mr. Uduakobong Clement 16 months ago 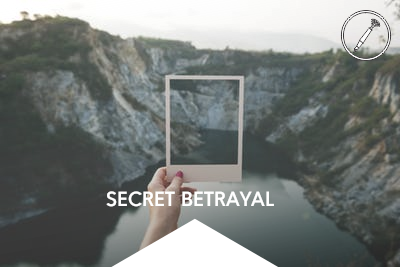 After unpacking my things I sat on the large bed and took in a deep breath. I was going to take my time and act meticulously, even in my dressing. At this thought I sprang from the bed and went to work. I selected the preferred outfit for this stroll. A pink bum short and a white loose t-shirt that dangled just a little above my waist, and a pink lipstick to compliment it..

Thank goodness for the mirror at the far end of the room, by the dressing table, it boosted my confidence. I turned my back to the mirror and pushed my buttocks up, I slapped it gently in appreciation... Ooops, killer instincts... Ready for action.

I hesitated at the door with a hand on the knob before turning it gently. I eased myself into the sitting and found him watching Zee World. He had heard me enter the sitting room so he muttered something and impatiently and grumpily picked up the remote controller and switched off the TV- I still can't fathom where men's detestation for Zee World is rooted.

"You surprised me," he started saying without looking at me, "you didn't take too much time unlike all the other women I've..."

At this point he had turned to look at me standing with my t-shirt knotted just above my belly button and the sleeves rolled up a bit. He was gaping in the middle of his sentence, just what I'd hoped for. I giggled and shifted from side to side swaying my firm buttocks as his eyes ravaged me almost palpably.

"You're staring..." I hated to pull him out of his trance, but that was cool anyway.

"Hey, please stop..." I smiled from cheek to cheek. "Shall we?" I indicated in the direction of the exit door.

"Yeah, you first." He angled his head in a gentlemanly goad.

I loved it like this, because I had another chance to show the trunk of my G-wagon. I could feel his eyes drawing patterns on my back as I left the house with him trailing behind obediently..

The stroll was full of random discussions from a little bit of politics drawn from the state of the nation's economy to trending celebrity gists. We finally got to the supermarket and we walked through the glass doors into the well illuminated state of the art supermarket. The way they greeted him made it obvious he wasn't new to them but what struck me the more was how they looked at me. The sales girls smiled back at me and threw compliments my way. I was wondering when I became such a radiant beauty to be complimented in such manner, or was it because of Collins? Maybe they thought I was his girlfriend... Oh that's it. A little glance Collins's way caught him grinning at the girls' compliments. Oh dear, it was working. He seemed to like my rapport with the girls as I picked the things for dinner- a pepper soup rice with goat meat would create a romantic atmosphere, I'd thought. I threw in a few jokes and everyone guffawed, Collins the biggest culprit.

The walk back home was a bit briskier as we were feeling famished already. While he carried the larger grocery bag, I had the smaller one. I occasionally and deliberately bumped into his arm so they made contact with my oranges, I would act like I didn't​ know what I was doing, just innocent and free. His jokes cracked me up though.

As soon as we arrived the house, I took the bags from him and headed straight to the kitchen. Wow! Every woman's dream kitchen. Thank God for a little bit of exposure and the internet, moreso, our so must detested Zee World and Telemundo, they made the kitchen look familiar. I quickly went to the sink to wash the goat meat.

Collins opted to help me which I deceitfully, reluctantly accepted. I just wanted to keep his entire attention on me, focus... Perhaps his intention was to help ready the meal faster but who cares, I wanted him close enough for my script to be complete. So I told him the things he could help me do, careful enough not to make him lose interest. We continued to gist and I realised he lit up and was excited when we talked about business. Hmmm, he'd always been like that... How could I have e forgotten. Business all the way. I discussed business like I was Okonjo Iweala's P.A, what did I know? I learnt a lot from him nevertheless.

He was explaining the principles of forex trade when my phone rang. It was Vera. I tried to ignore but he urged me to pick up.

"It's Vera. I can't take the call now, at least not now." I paled in a cautious feign of guilt. I noticed Collins grimaced and went to fetch something from the fridge.

He returned with a bottle of juice and drank from the bottle....

"What's the matter?" I broke the uneasy silence.

He hesitated and kept drinking from his bottle.

"Sorry if I somehow came in between..."

I kept silent and watched the boiling pot as if my eyes was the heat that kept it boiling....

As if my silence urged him on, he seemed to have a burden to continue. He laid the bottle down on the kitchen and leaned on his side. "It's quite disappointing when someone you thought you loved turned out to be something totally different. I'm still surprised you are friends with her. I still can't believe what happened that night."

My eyes almost jumped out of their sockets. "What..?"