By Janet Uduak Etuk 24 months ago 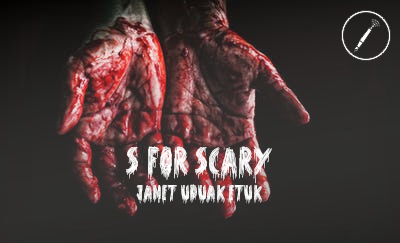 As a teaching Corp member I have had the opportunity to tell my students stories and also listen to their stories in return. Some stories have been so creative they hold me spellbound while others have been so bland they make my head spin; fiction and non-fiction alike. Recently I asked them to write a story on the topic “The Scariest day of my Life”. While reading their stories I could not help but reflect on the scariest day of my life. The events of this day still has me quaking in fear, Goosebumps spreading fast on my arms and a sweat breaking on my forehead.
It happened while I was in camp. We were required to make copies of a document given to us and the original returned. The queue at the photocopying booth was way too long so I decided to make copies of mine the next day. I got there the following morning after the morning drills and there I met a young man. He was making copies of a very strange document and being a curious soul I peeped at it and I saw the University of Michigan on it.
Wow!
A foreign student. I smiled at him and said;
“So you are one of the foreign students here”, making sure not to leave out the air quotes when I said foreign students.
“Yeah”, he replied with a foreign accent. “Born and raised in Michigan, this is all still so unfamiliar to me”, he added.
I smiled, thinking to myself, this one na correct Oyinbo bobo with correct accent sef.
“We all need a little bit of unfamiliar in our lives, don’t we?”, I replied with a reassuring smile. Just then the lady asked for his ID card and he stepped back to search for it while I seized the opportunity to photocopy my document.
“so you’ve been in Nigeria for…?” I asked turning so we could be face-to-face. I turned and he wasn’t there.
First I was stunned. Snobbish much! That was the first thing that came to mind.
Could he be a Ghost? Have I just encountered my first ghost? Was I officially eligible to join the Ghost Busters group?
I was a bit disappointed but that’s life. One minute some guy is talking to you and the next he is gone. I shrugged and turned back to the lady at the booth and then I saw it. I saw her lips widen and then she slammed me with the loudest scream I have ever heard. I looked at her in utter confusion and when she could not put me out of my misery I had to follow her gaze.
There he was…or was he?
I could not move. I could not speak. I could not scream.
He was twisted in a position I knew was humanly impossible. It looked as unnatural as the girl in The Exorcist. This was a nightmare!
Run
That was the first thing that came to mind.
Run! Janet Run!
But how? This guy was having a seizure!
I could feel the blood draining from my face. I knew I was pale. I felt light headed and I could see myself going down.
No!
I steeled myself. This was not the right time to faint. Your friend needs a doctor! I pushed out my hand, grabbing a table to still myself. I had to help him, I kept muttering as if to remind myself not to faint. Just as if a light bulb had been lit in my head I remembered, the clinic, yes the clinic. Next thing I know I was sprinting to the clinic. I don’t know how I moved from the booth but I was suddenly very calm and composed. I ran straight into the clinic, walked right up to the doctor and all I could muster was
“Mami, seizure”
He looked at me, grabbed my arms and asked me to calm down. I took a deep breath and tried again. This time I could speak. I narrated what had happened and he asked if I could show him where the young man was. I nodded in agreement and he grabbed his emergency gear immediately. We ran back to the place the young man had fallen. And just as if I was possessed I immediately knew what to do. I switched the running generator off, I asked for scissors which I handed to the doctor who proceeded to cut the young man’s shirt and shorts before administering the drugs he came with and I asked people to step away.
Immediately the shot was administered the seizures stopped but he was still unconscious. I panicked for a bit. What if I had been too late? Was he dead already? The doctor saw my expression and immediately reassured me that he was going to be alright. He called the clinic to quickly send the ambulance his way and then he turned to me and said “you did a great job, go to the hostel and get something to eat”. I had to know for sure so I asked again “will he be alright?” The doctor looked at me and said “Thanks to you he will be”. I smiled, grabbed my documents and slowly made my way to my hostel.
Once I stepped inside my room I felt it. I felt all the emotions I was holding back. I just couldn’t help but unleash the dam I had locked. I burst into uncontrollable and inconsolable tears.
I cried for the young man
I cried for me
I cried for the friends we could have been
I cried the most for the harsh reality of life