By Abasiama Udom 5 months ago 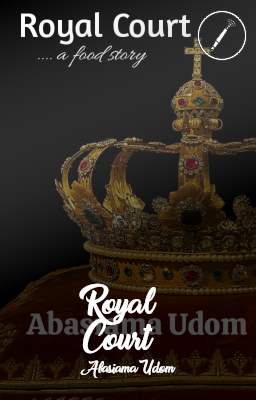 No character here bears any resemblance to you, I promise.

Special thanks to all the kitchens that have ever fed me.

∆ Give three plates of oha soup to Aunty Wumi, the person who made me love onions.

A HISTORY OF KINGS.

Pounded Yam sat atop the milk coloured china, looking dejectedly on as EkpangNkukwo took his place on the throne. And why not?

Was he not the one Cocoyam had run to saying 'you are my king, I'll support you forever.'

Pounded Yam heaved a sigh, there was no help for it. Once it had been him that sat at the top of the table surrounded by queen soup. She, who was formed from the deepest of oil palms, the sweetest blend of fishes, the freshest array of leaves, kponmo and cowleg.

Pounded Yam had been revered by all of mankind, by all of his subjects. He knew for man smacked him then between his lips, ohhing and ahhing.

He knew he was the best, had been the best. Fluffy, White, Sweet, swallows well, all words used to describe his prowess.

Then had come this vile creature from the deep South cradled, assisted by the Cocoyam ready to take his place. The war had been long, in those times his other wives had departed, leaving the harem cold.

Pounded Yam sat atop the the milk colored china at the far end of the table, away from the master of the house looking on as he lifted Ekpang to his lips.

"Wonderful", he said wiping dribbles that would have leaked.

'Ah!' He was doomed, yes. Never had the master called him Pounded Yam by such a sweet word.

'But I know why' He said to himself as she went past. 'It was her. That wretched Mfi,'  she had been one of his harem. Now, she carried her velveteen buttocks and stinging tongue offering them to Ekpang on a platter after she had left him.

Pounded Yam was angry, with himself and her. He had never valued her he knew, big mistake. Now, she was gone and to be with he who deposed him from the throne.

Once, once he had been Lord of the table with his harem filled, overflowing.

He turned to face Soup but she looked on from his side, a longing gaze in her eyes speaking words she dared not voice out aloud.

"You wish to leave me soup?"

"No-- " but her voice cracked "I wish to be by your side forever. You are mo m m more important than the th-rone."

Still, he saw the longing for the seat that lay vacant beside Ekpang. She longed to be queen, again.

Pounded Yam felt the pull himself but, he who was chosen was King and today he atop the china, no one touching or feeling.

"Oh, wait someone was"

Pounded Yam knew one thing was sure in life, that a King would come and tomorrow go. It was what it was.

A history of Kings.

**EkpangNkukwo (Akwa--cross delicacy that takes a lot of time and planning.)