By Aniekan Andikan 14 months ago 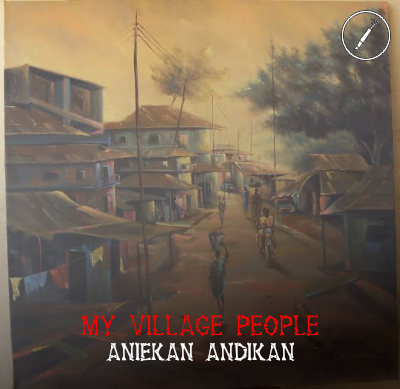 'It seems my young nephew knows who is responsible for all the misfortunes in their family,' the first man said dejectedly, worry visibly pronounced on him.

The other man, the older one drew closer, ‘Why do you say so, my friend?’

‘It seems he is having some revelations. I think he suspects us,’ he scratched his head.

The first man looked around frantically trying to see if anyone was listening to their conversation.

‘Relax, no other person is around, Cat Eye,’ the older man assured, calling him again by his code name from their other world meetings. His other form was a black cat and physically, his most observable feature was his bulging eyes, the only thing you see when you look at him.

‘I see his posts,’ Cat Eye replied after letting a sigh.

‘What posts? Does he work at the post office?’ the older man asked, his face contorted in confusion.

‘No…’ Cat Eye started. It was hard for him to explain himself to the older man who had totally lost touch with the current trends in the world. ‘I mean his posts on the internet… On Facebook,’ he continued, also demonstrating with his hands.

‘So what exactly does the post say?’ the older man asked not sure about what his younger friend was talking about.

‘It’s not just one post. They are plenty. In short, let me read some for you,’ he brought out an android phone from his right front pocket and tapped the screen a couple of times.

"My white paper ticket was winning me 200k until the last minute… Fear #myvillagepeople" Cat Eye read slowly from his phone.

‘What does that even mean?’ the old man was still confused.

‘It means he lost a huge sum of money because of us,’ Cat Eye responded emphatically. ‘Let me read another post.’

‘You see what I mean? This boy is onto us,’ Cat Eye was looking at the old man who was deep in thoughts. ‘I have been frustrating his father’s life at work. He’s never been promoted. And the boy, this is his seventh year in the university studying Accounting. I think he’s been having revelations. That is why he hasn’t been coming to the village,’ he finished.

Cat Eye continued ‘So what do we do Monkey Mouth?’

It was the old man’s turn to look around, then he sighed. ‘Let’s make him come home this Christmas,’ he answered.

‘That will be hard,’ Cat Eye said slowly, sadly.

‘No. It won’t be,’ Monkey Mouth said, smiling mischievously. The smile made his mouth wider than his face.

Cat Eye knew his friend was up to something. ‘Tell me your plan,’ he said with a tinge of excitement in his voice.

‘Your father is the key,’ Monkey Mouth said with a sense of pride.

‘You want to kill my father? I don’t think that will work. This particular nephew did not come home when we buried my sister two months ago,’ Cat Eye explained.

‘Hmmm…’ he paused. ‘So what does your nephew like?’ Monkey Mouth asked finally.

‘He likes to party. I see #turnup plenty times on his posts,’ Cat Eye answered.

The old man did not know what he meant but that did not matter because he had a plan. ‘Your father is the key,’ he said again then continued ‘He is going to run into some fortune and then he will throw a party inviting all his children and their families, everybody’ He said ‘everybody’ as he eyed Cat Eye.

‘Yes. This Easter, your nephew must come and see his village people,’ Monkey Mouth submitted and the laughter that followed was loud and sinister in nature.