By Hope Ukaegbu 7 months ago 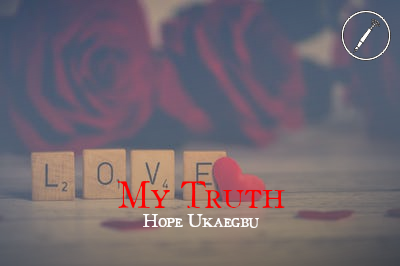 It's 2:44 am and I'm crying my eyes out. I feel foolish but I can't help the tears.
In my two-room apartment that has always been cozy for me, I feel restless and a great urge to take flight. This apartment has been home for me for months now. I leave it in three months' time but no matter, it's still my home...a place of refuge, a place where I can be hidden.
...much hidden and alone...
But not exactly alone.
I hear the voices and conversations of many people.
Now, why am I restless and unable to sleep even at this time?
It's because of a man!
All my life, I've had enough tears for men...but this feels the worst. I have never cried for a man the way that I've cried for this one. I've never even settled for such a man, never thought my pride and ego would even conceal themselves all for this man.
He acted different...
Better than other men I've dated...
But he turned out the worst of them all.
No emotions...
No emotions at all.
Tell me, have you ever seen or heard of a man who has sex and eventually cums without any expression whatsoever?
He's lost in the pleasure but he makes no sound? Not even a pant!
Not even his face can tell whether he's enjoying himself or not. The only way you know he's enjoying it is when he increases the tempo and then before long, pours his seed all over you just because he's crazy about not getting it inside you.
That kind of man, I call hardened!
That kind of man could be heartless deep down inside.
I prayed...
I prayed my whole life, never to meet a guy who'd hurt me this much but I did... I met one so terribly beyond my imaginations. Maybe I didn't pray well enough? Or maybe I've used men in my lifetime that I became due to be used? I don't know... But I know, this will never happen to me again.
Yes, I'm impatient at certain things...but wouldn't you be impatient if a man you are with seems to be spending more time and voice calls with another woman you don't know? Wouldn't you be impatient if he lied to you the first few times you asked who she was? Wouldn't you be impatient if you found out the truth later on and asked him a few times, politely but he wouldn't explain things to you?
Wouldn't you be impatient if you asked him to reduce relations with that woman especially in front of you and he straight out refused?
Wouldn't you be impatient if he brought her to the place you both call home? Where you cooked together, had great conversations even till dawn, ate, slept and even made love in?
Wouldn't you be impatient if he asked you not to be there when she first arrives...saying it would look somehow?
Tell me, women, wouldn't you be impatient if, after all that, you confronted him, told him how you felt about it and he still kept doing it, even to your face?
I once asked the lady in front of him if they were dating so we could at least, sort the issue out once and for all.
Was I wrong? Was he right to escalate the issue and tell people that I confronted her?
Tell me, wasn't he just trying to excuse himself?
We carried on like that until the last straw. Now I've missed my period and feel pregnant...and scared to take a test. He says it's impossible as he has never cum inside me.
What about pre-cum?
What about when he was a bit clumsy? What about all those nights I was sure if he had cum and he lied he hadn't, just cause he didn't want me to feel like he doesn't last long enough, leaving me unsatisfied and I touched myself only to feel sperm all over my vagina?
What happened to that Christian churchman I met six months ago? The one when I looked at him and the things he did, I felt like a very bad sinner.
Did he get cloned?
Or... Did his true colors begin to show as soon as I gave him my all?
And I recap in my mind how it felt when he told me he actually prayed in church that I should have a miscarriage or spiritual abortion. And how he said I was sent to ruin his life.
What a life!
Things are not really as they seem o. People are just not what they seem to be. I should have been more patient but that would have been tolerating shii...giving him the rein of bad control over my life.
Something no woman, no matter how coy, crazily in love, quiet or too tolerant should ever have to endure.
I tell myself every time, that I regret that I ever met him. It's true...
I do regret.
Once, I even cursed the day I met him.
Funny how that day, my assessment of him when I first laid eyes on him was exactly everything he has shown me now... But I was fooled by the "he" he showed me.
What's done is done tho.
Such is life.
I have learned one more life lesson.
And so I just know it will never happen to me again!