By Ayoade Sulaimon Oriyomi 2 months ago 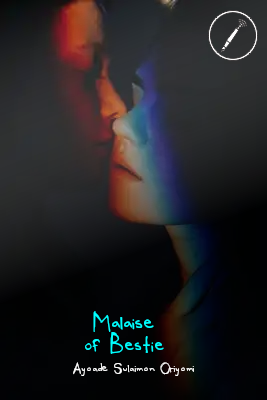 I want to share with you the experience I had with my ex girlfriend some months back, I still wonder why she did that to me anyway maybe its karma, I can't say. There was this guy on her phone that calls and text her almost every minutes, she always smiles whenever she was on call with him, I became jealous so I decided to confront her about it but she told me that Kunle was just her bestie. According to her, Kunle was her best male friend whom she feels free with and he knows everything about her. She even assured me that nothing had ever happened between them, that there relationship was platonic. I tried overlooking things because I don't want to assume anything that will hurt me. She introduced the guy to me in oder to put an end to any suspicious thoughts from me concerning their so called friendship. I trusted her with him because I felt it was just normal friendship but as time goes on, a lot began to happen which made me to complain about their closeness. They became so close to an extent that she even spent nigh... read more