By Chinomso Anyim 3 months ago 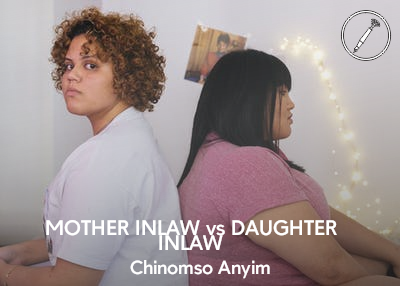 When a wife refuses her mother-in-law from coming to live in her home, she is neither wrong nor right.

I wish that people will:

First, understand what marriage truly is.

Second, understand what marriage in Africa is.

Most issues in marriage can't just be reduced to "right or wrong" because what is right at a particular point in time could be wrong at another point in time and what may be right for a particular couple considering the peculiarity of their circumstance may be wrong for another couple.

Focus on the fact that marriage is a relationship.

For example, while it may be right for a mother to move into his son's home to be taken care of because of health challenge, it may not be right for her to take advantage of that benefit to sojourn there indefinitely.

A mother who also was invited to take care of her nursing daughter should not convert that "omugwo" invitation to an invitation to sojourn.

A wife should know that she should not try to separate her husband from his family just because she is his wife.

She should know that she is not just married to her husband but has become a member of his family. His parents and siblings become hers too.

A husband should know that he is married and that his wife is now his first priority and responsibility and not his mother.

He should know that for his marriage to succeed and for peace to reign in his home, it is better for his mother to be a "visiting Mum" and not a "live-in Mum"

Parents (especially mothers) should know that they are not supposed to meddle in their children's marriage.

They should know that the farther they are from their children's marriage, the better and more peaceful their home tends to be.

Everybody should know his or her place.

That is why I advise young people to marry their friends. When you are married to your friend, it is easier to address issues because issues are addressed in a friendly manner.