By Temidayo Jacob 16 months ago 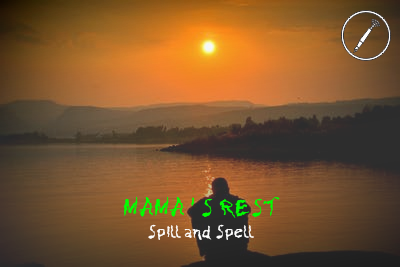 I thought even as memories began to form inside my head.

I got back from school this afternoon to meet the news that mother collapsed while preparing what we'd eat for lunch and dinner. The neighbor who informed me said she was immediately rushed to SAGEM Medical center.

I can't believe that mother, whom I saw this morning, looking very healthy, has been admitted in the hospital just before I returned from school. It is just too difficult for me to believe.

Just yesterday, mother sent me on an errand. She sent me to go help her pay debts to those she owed. I can remember how I rode my brown rickety bicycle to every house I went to. How everyone used their hands to rub my head as they called me a good boy after I had delivered the money to them. How I rode back home happily because no one will come and disturb I and mother anymore. And because mother's mind would be at rest henceforth. I never knew the kind of rest she was about to get was the type I'm about to see. I'd love to escape this if it were possible.

She said father was unable to fulfill those dreams after death separated him from I and mother. And then, I watched mother, watching me fold into sleep after our long discussion last night.

Father was lost in a fatal road accident when I was barely two years old. Mother made me understand that ever since the death of father, things have been difficult for her. Difficulty made her sell all father's properties including the houses and cars which he had left behind. I have no clear picture of father apart from the portrait hanging beside our clock, on the wall, in our one room apartment. I grew up being fed with a wooden spoon.

The fall of my one-handle school bag jolted me out of my many thoughts and brought me back to reality.

It was then I realized that all of a sudden, mother is about to leave me without waiting to eat from the fruits of the seeds she has planted in my life. And I'm barely 18years old.

"Noooo!" I screamed, jumping from the long bench which I've been sitting on in our room.

I threw the door open and ran out like a man being whose life is being chased after.

I ASKED KATE OUT
Poetry
14 months ago
Previous Next