By Victor Emmanuel 17 months ago 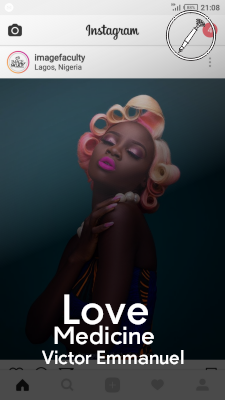 ‘Mama!’, Michelle blurts out as soon as she shuts the door to her mother’s bedroom.

With tears running down her cheeks uncontrollably, she makes an attempt to be audible in between the sobs.

Agnes lets out a sigh. She signals to her second daughter to take a seat beside her on the partially dressed mattress as she adjusts to make more space.

‘So what has he done again this time, my dear daughter?’

‘Mama, I am fed up with Nnamso’s controlling ways. He never wants me to be happy. Ever since after the wedding six months ago, he has changed from the caring man I dated for over two years.

‘He has become a monster! He never seems to see any good in the things I do, anymore. He doesn’t take me out to those nice places we used to go when we were dating. He doesn’t give me money the way he used to before I married him.

‘He doesn’t call me as frequently as he used to when we weren’t married. And the worst thing he just did today was to lock me out of the house for coming back late from a friend’s birthday party last night!’

Mother and child hold each other tight for what seems like forever.

Only the rhythm of their heartbeats and Michelle’s infrequent sniffs punctuate the growing silence.

After pondering for a while, Agnes lets out her counsel slowly.

‘Michelle my daughter, go back to your husband.’

‘But, Mama....’, Michelle blurts out in a stutter, ‘...you always told us that we should leave any man who mistreated us. Well, Nnamso has maltreated me these few months and I am leaving the stupid goat.’

Michelle stands up from the bed in annoyance.

‘Leaving him to where?’

‘Mama, I am leaving him to come back and stay with you until I figure out what to do.’

She pats the side of the bed beside her, beckoning on the younger woman to take a seat, again.

‘Now listen to me very carefully.’ There is a pause before she continues.

‘I am your mother and I know what is best for you. I know I have been telling you my daughters’ right from your childhood days not to ever take nonsense from any man all in the name of marriage but that was when I was foolish and ignorant of the ways of African men. Now, I know better.’

‘Mama, what are you saying?’

‘Michelle, my daughter, all I am saying is, do not make the mistake I made when I left my first husband and also your father because I felt they were maltreating me.

‘I was beautiful and young and foolish just as you are right now, and had thought the world was filled with men who could treat me as a queen. I had believed that with the world becoming more civilized, I would find a man who would pamper me and give me the freedom I needed as a young woman to explore my fantasies and my dreams.

Agnes pauses to let out a sigh as she blinks several times to halt the tears welling up her eyes.

‘So what happened, Mama?’

‘Your father stopped being the romantic man I had fallen in love with. He became the typical African husband who will not go out to places with his wife, who would insist on me cooking his every meal and who made love to me only when it suited him.

‘I felt I was once again being relegated to the role of a dutiful, homely wife as expected of an African woman.

‘I couldn’t take it anymore so after I had you, I left your father and have remained a single mother ever since then.

‘I had still believed that since I was young and beautiful, I would meet a civilized African man who wouldn’t bother with all the responsibilities our African culture places on a married woman.

‘But do you know what I came to realize after two divorces and trying several other relationships as a single mother, my daughter?’

‘All African men are the same. Egocentric, conservative and chauvinistic pricks, no matter their level of education and exposure. And your Nnamso is every bit an African man.

‘It took my having to bring you girls up all alone as a single mother to understand the ways of an African man.

‘So what do I do Mama? Go back and face his torture?’

‘No, my daughter. Go back and learn to love him as an African woman loves her man.’

‘But Mama, I still love Nnamso very much!’

‘And how is that Mama? How else am I supposed to love my husband any more than I do right now?’

‘Michelle, my daughter...you go back to your home and practice giving your husband the ‘love medicine’.

‘The kind of medicine that makes a man, an African man for that matter, love you and keep on loving you for a lifetime!’

‘Mama, are you suggesting that I use charms to control my husband? God forbid! I can never use diabolic means to make Nnamso love me, Mama. Never!’

‘Listen, my daughter, I was not referring to African “juju” or any kind of fetish practice.’

‘So what do you mean by your love medicine?’, Michelle queries.

The now visibly troubled young woman involuntarily shifts to the other end of the bed as she stares intently at her mother.

‘What I mean my dear is “respect”! You have to show your man respect all the time and he would move the world for you.

‘But Mama, I don’t disrespect Nnamso!’

‘You see, my daughter, African men love to be respected by their wives.

‘Respect from a woman means submissiveness to them in almost everything. That means as a wife, you have to learn to concede to your husband’s wishes in order to maintain peace and have happiness in your marriage.

‘African men don’t like to be challenged by their women, no matter their level of exposure or education. They expect that since they provide for the family, they should be accorded the full rights to run their homes the way they deem best in the interest of everyone.

‘So for a smart woman, the best thing to do is pamper her man’s ego, avoid arguments as much as possible, ignore his excesses and keep him continually filled with good food and even better sex because there are many women out there who would not hesitate to attend to him if and when he is not satisfied at home.

‘Now that is the love medicine you need to give Nnamso to revive the love and romance in your marriage.’

‘Mama, you mean to tell me that you have finally accepted this nonsense that a woman is only to be seen and not heard? That the feelings and needs of a woman do not count in a relationship at all? That I should turn myself to a house wife in order to gain my husband’s love and affection? Good heavens, I can’t believe it!’

‘No way, Mama! There is no way you would expect me to stoop so low and lose my self esteem and dignity in order to be a good and ‘submissive’ wife just because I married an African man. Did Namso just come to discover his ‘African’ identity after marriage?

‘Now listen, my daughter! It is very difficult for a woman to make any progress in this our society without a man to call her own. Do you think it has been easy for me to cater for you girls all alone? Do you think it is easy to face the ridicule of other women who snicker and laugh behind you for not being able to stay in your matrimonial home? Do you?

‘Do you know the pains of being taken advantage of by men who insist on sleeping with you before doing you any favours just because they know you are nobody’s wife and thereby think they can score some cheap points with you?’

Agnes tries to muffle her sobs but soon let’s go of her bottled up emotions. Her tears cascade down her face freely.

‘Michelle, my daughter, please don’t make the mistake I made when I was a young woman. Believe me, the life of a divorcee in this our African society is not something any mother would wish her child.’

THE KING AND THE THANKFUL MAN
Stories
17 months ago
THE ESCORT 8
Stories
18 months ago
Nigeria Biggest Music Promoter In US Gives Cash To Ogun, Osun Indigenes
Stories
2 months ago
So Unfair
Stories
15 months ago
PRETTY DEMON 4
Stories
16 months ago
17:59
Stories
3 months ago