By Lawrence Ruth 19 months ago 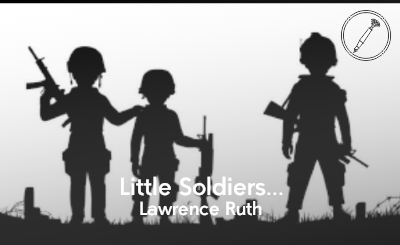 I remember how we ran for shelter.

I remember how we were told to fight for unity.

We were  told to defend our fathers land.

We were given old riffles and boots.

Our age was nothing to them.

Little children, were their target.

We didn't see the genocide coming

We could only see  men fighting blindly for freedom that has been long gone.

We smelt blood and we saw blood.

We shot and we kicked, forigners were our enemies.

But the worst enemies we never knew but have seen are our brothers who betrayed us.

The wars has been over.

A war that only lead to genocide

We thought we were fingting for freedom.

We only battled the enemies outside

While the enemy within ate us up.

The war is over leaving just few of us