By Rachael Asikpo 14 months ago 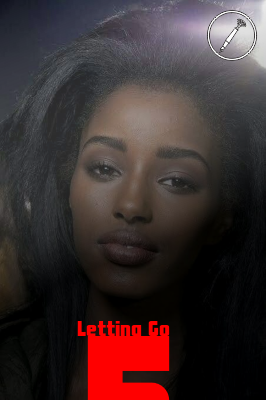 She didn’t wait to pick a side or to confirm what was truth and what was false. The loud music had become nothing but muffled sounds and the only bass she could hear was that coming from her chest. Akpan turned to her, his face was a display of emotions. He reached out to touch her but on impulse she shrunk away and everything around her blurred as the tears began to flow. Tears of hatred and despise. Anger heaved within her, bolstering her foot steps as she hurried for the door, ignoring shocked faces all around her. She focused on getting away, putting as much distance as possible. These days all she did was run went things went wrong. She pushed and shoved her way through, ignoring grunts and sighs until she was out in the night’s cold air, alone in the parking lot. She stopped to breathe, leaning heavy on her knees and realizing she was out of breath. She was riddled with pain but not at Akpan. The anger wasn’t even about Akpan. She was mad at herself. Repulsed at the weak groveling being she had been. She trembled again, wanting nothing more than to forget. In her head, the snickers from her childhood were loud and clear, ambient as if they were all around her once again, watching her with mocking eyes and whispering to one another. “Edima.” She felt Ada's touch before she saw her. Her lean model-fit friend was gazing down at her in worry. “Ada.” Edima managed a weak smile and resumed full length. “Are you okay?”, “Yes.” Edima shut out the nagging in her head and moved to find her car. “What are you doing? Are you leaving? You barely saw the party halfway. The boss will be mad.” “Well, I don’t really care. Tonight, I’m done. Now, if I can remember where I put that car.” She sighed, wading through the fog in her head, sauntering through the lot, her eyes sweeping over the cars like strobe lights for her Corolla. “Edima!” Akpan yelled from the door. Her breath hitched and new-found hatred flooded in. She kept walking, forcing her tired legs to pick up the pace and find her car quickly. “Akpan? You know him? How?” Ada gasped. Edima turned to her, surprised that her friend knew him too. She was curious to know how. “I could ask you same.” Edima raised a brow. There was a small bite in her chest. One she wouldn’t self-admit. Envy. The cogs in Edima’s head were already turning. Ada was a free-spirit. A label she so freely gave herself. She wasn’t into relationships but she had a long list of flings. She wondered if Akpan’s name was on that list. For a split second, she eyed Ada with spite. “Edima!” She had almost forgot about Akpan. He was now standing a meter from them, looking remorseful. She turned her back to him and found her car. She hurried to it, ignoring them both. She needed to get away from all these people. It felt like ever since she saw Akpan, all the hurt from the past had begun to surface. She didn’t want this man in her life. She didn’t want this pain anymore. *** He was confused. He was standing there and nothing else seemed to matter. Not even the dirty invisible shackles he wore everyday. They were heavy but today something much heavier threatened to bring him to his knees. His ebbed regret and his lips trembled. He had never found himself in this position before, wanting to apologize to a woman. Not him. He was the GO-Getter. The man every woman wanted. At least he was. These days, he found himself alone and trapped. But still, his heart fluttered at the thought of this woman and everything else brightened in comparison. “Edima. I’m sorry. I-“ he wavered and thought he sounded dumb. He contemplated a more convincing way to start. “That was a different me in a different time. I was a bastard then, and truly I feel remorseful about the things I did then. Not just to you but so many other women. You have to believe me. I’ve changed. Jozi just brought it up, to hurt you.” “I know.” Was her response. Subtle and brief. She turned to him. Her face was calm but her twitching fingers betrayed her composure. She was mad. She was so mad. For all he knew, she could be contemplating using the gun in her glove compartment but still he was standing here, hoping to wade the storm. “Its fine. We all have little monsters, Akpan. Thanks for the company but I have to go now.” She said slowly, taking each word at a time as if she feared betraying her thoughts. “Let me make it up to you? I’ll do anything? Let me drive you home.” He sputtered, struggling to keep his tone from faltering. Next to him, someone cleared her throat. He turned and for the first time in three straight minutes, acknowledged Ada. She had her signature scowl on her face…and he remembered how he had left her halfway content on one of those hot, lust crazed nights. He blinked. “Edima, I&rs... read more