By Victoria B. Willie 4 days ago 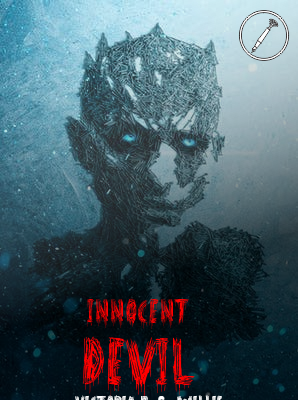 "Lucifer, where art thou?"

I heard the voice thunder from the heavens and I knew just why He called me. Quickly, I went to him. Contrary to popular belief, I am not as stubborn as the world thinks.

"What did you do last night?" He asked me.

"Nothing, Father," I responded. "I only taught him how to obey simple instructions."

His eyes bore into mine, spelling no perdition yet it brewed fire and brimstone. Contrary to my earlier statement, I am more stubborn than the world thinks but I succumbed to his unexpressed prodding and sighed as I began to give myself out.

"Okay, fine. I'll tell you, Father. I was strolling past the earth when I heard a man speaking to his wife. He sounded as though the walls of his stomach had not been massaged by good food in ages. So I took pity on him and stopped to know how I could help.

"'I'm hungry,' he had said to her, salivating as the last word dropped. She couldn't even afford him a glance. She just kept on reading her novel. So he nudged her and reiterated: 'Kemi, I said I am hungry.'

"It was then she looked up and managed to give him two words — 'eat me'. I watched him swallow hard. His wife would no longer care for him simply because he couldn't put food on the table. He thought marriage was for better or for worse why then couldn't she just feed him during this period of turbulence? She was the only one with a job, Father, yet she refused to support. He didn't say anything to her. He just walked away and that was when I walked up to him.

"The next morning, news headlines flashed with the boldest font ever and his picture underneath:

'Man Eats Wife, Says She Asked Him to'.

"You ask him, Father. I wasn't even there when he ate her. I know he'll tell you it was the devil's handiwork but I didn't do anything. I only gave him a suggestion on how to obey simple instructions to help himself. His wife asked him to eat her. I only prodded him to obey. I was careful enough as usual, not to do it with my hands so no one would blame it on me. So I led him to where the knife lay and walked away before he could do anything. That's all. I'm innocent. I only gave a suggestion. He had the choice to take it or leave it yet he chose to take it. How then am I at fault here? "

I didn't wait to hear God's response. I was too shaken to stay and listen to some celestial confrontation so I woke up like I did the day I saw the devil face-to-face.