By Adesewa Senbanjo 5 weeks ago 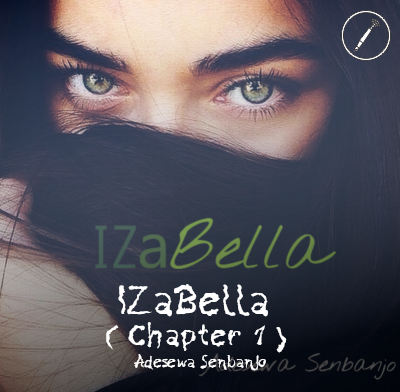 James, Ruth and Abigail ran like mad people across the street.

James almost slipped on the sidewalk but Abigail Walker, his mother quickly grabbed him. She wasn’t going to let her 12-year-old son slip and break his neck on the pavement.

Now if only they could find the other 12-year-old and prevent her from doing the same.

They’d been looking for Bella for over an hour now and Ruth Smith, her mother, was beginning to choke on the tears and raindrops streaming down her face.

Abigail opened her arms and Ruth collapsed into them, sobbing profusely.

“Don’t worry, Ruth” Abigail tried to comfort her. “We’ll find her. I promise” she pretended to wipe the raindrops off her face but James knew she was wiping tears.

He too felt like crying. His best friend, one of the most significant people in his life, was missing on this dark, cold and rainy night.

She could be hurt. Or worse.

James knew they had to find her fast. He impulsively started to run down one street and the mothers followed him, all the while panting cold air.

After several turns and dead ends, they reached an alley way and then James saw it.

The dainty silhouette of a young girl, an inch shorter than he was, walking out the other end and onto a new street.

James recognized the red Hello Kitty nightdress she had on, even if it clung to her body from the rain.

Bella kept walking. She took a right turn to another street.

They ran after her screaming her name and took the same turn she had.

Bella had stopped in the middle of the sidewalk so James and the others stopped running too.

“Bella, honey” Ruth cried, her voice cracking with sobs. “I was so worried about you. Come on. Let’s go home”

They walked up to her cautiously but quickly.

“What are you doing?” James asked, feeling a sudden chill that was not from the weather. “It’s raining, Bella. Come on, let’s go home”

“Why are you calling me that?”

Bella’s voice was low and she talked almost in a whisper.

“You keep calling me Bella,” she answered and turned to look at them. ” but I’m not. That’s not my name”

In the moment that she faced them, James, Abigail and Ruth knew that it wasn’t her.

This was someone else.

His eyes skimmed from her head to her shoes. He noticed there were splats of toothpaste on her skirt, like she’d brushed her teeth after putting on her clothes.

James smiled inwardly. He knew exactly what had happened.

He could imagine Bella falling out of bed after she realized she’d woken up an hour later.

He could picture her throwing on her uniform after a quick shower and then running back into the bathroom because she realized she hadn’t brushed her teeth, all the while ignoring her head.

He could visualize her packing her bag and running out the door with her mother yelling behind her; “Shoes, Bella! You’re not wearing shoes!”

“Want a comb?” he asked, running his fingers through her hair to loosen the tangles. “Your hair’s crazy”

Bella didn’t answer but he didn’t mind. She would never have said yes to his question, anyway.

“I can’t believe we’re going to school again” Bella groaned after a while. Her voice was low.

“Yeah” James replied, taking his fingers out of her hair.

“Is it noticeable?” Bella asked.

James knew what ‘it’ meant. He looked at her temple, just slightly above her hairline. There was a small scar on it.

“Hardly noticeable” he replied, not taking his eyes off the scar.

James had been scared out of his wits when she’d gotten the injury that made the scar but he was even more terrified by what happened after. He couldn’t help but feel a bad omen. He thought back to the day she’d gotten injured.

It was the end of the term and people were pouring out of the doors of Canford High. No one could wait for summer to begin.

James and Bella had been one of the first few people to walk out of the school’s front doors and into the parking lot.

Bella, hyper and jumpy as ever, had ran ahead of James in the parking lot to hitch a ride with one of their friends, Kat. “I’m sitting shotgun” she’d said. Bella laughed and spun all the while, yelling “Summer vacay! Yea!”

She didn’t see the black convertible making its way out of the lot and ran straight into it.

James had first been too stunned to move but the moment he’d seen a trickle of red from Bella’s face, he’d snapped out of it and ran to the scene.

He almost passed out from what he’d seen.

Bella’s head had an opening below her hairline. It wasn’t wide but open enough to see pink flesh beneath it and it was gushing blood uncontrollably.

A crowd had gathered and between the “Oh my God!”s and the “Oh no!”s, James heard the sound of an ambulance. Someone had called 911.

The pediatricians had arrived and they lifted Bella into the ambulance. James went with her, not even paying attention to the driver of the vehicle that had caused the accident. They took her straight to the hospital, where James got an even worse scare.

It was a week after she’d been admitted at the hospital and the doctor had told them she’d be fine. Nothi9ng had been broken or fractured. Nothing had cracked.

Despite the relief James, his mother and Bella’s mother had felt, a wave dread washed over them when the doctor added “In fact, her wound is already closing up. She heals very fast”

When she was seven, she’d stubbed her toe on the door at James’ house. She didn’t get better until two weeks after.

When she was nine, she scraped her knee at the playground and her knee wouldn’t stop bleeding for over three hours.

She definitely wasn’t a fast healer.

James couldn’t help but feel another sense of dread wash over him. A thought kept clawing at the back of his head. Bella isn’t a fast healer, she couldn’t have recovered that quickly… Unless…

To affirm that thought, James watched Bella run ahead of him to someone’s garden, pick a handful of flowers and pluck the petals off them one at a time. She dropped each petal and let them leave a trail behind her all the way to the bus stop.

This was Bella. She was here. She was fine.

When James reached the bus stop, Bella had exhausted her supply of flowers and was now making doodles on the sidewalk with a chalk James knew she’d brought with her. Her black hair, despite not being taken care of, shone in the sun and fell in waves over her shoulders and stopped at a few inches before her elbow. Her eyelashes were long and also shone.

James stood beside her and looked as she obviously drew faces and spirals on the floor. Everything about her seemed to shine. From her hair, to her eyes, to the tan she’d gotten over the summer, to her fingernails.

This was Bella. She was here.

The bus drove out a corner and stopped at their bus stop.

Bella got up, dusted her hands and followed James onto the bus. “One of my faces looked like the Mona Lisa” she whispered.

James wanted to say her ‘Mona Lisa’ would have been wiped by the time they got back when a voice cut him short.

They turned to look at the speaker.

It was Emily Parker.

Her blue eyes pierced through Bella. “I see your head’s okay. Good for you” she sneered “But what’s that thing on your forehead? This isn’t Hogwarts, Harry Potter”

James an Bella might have been thinking the same thing – Ignore her – because they both averted their gaze and took a seat on the side of the bus.

Bella looked at Emily in annoyance. It was always this way with her. Bella could ignore most jerks she knew but no one triggered her the way Emily Parker did.

Once upon a long time ago, they’d been good friends. All three of them. By the time they were eight, they’d called each other best friends. Everything had been fine until one day, Emily had decided not to talk to them anymore. This had hurt Bella a lot but instead of holding a grudge, Emily seemed to be the one always ready to pick a fight. After a lot of tries to ask why Emily acted like this, Bella simply gave up. They became rivals and act the friend kind. Emily was a frustrated topic for Bella.

“Did you forget to eat breakfast?” Bella asked clearly pissed. “What is your deal?”

James frowned too but it wasn’t at Emily’s annoyance. “What are you doing here, anyway?” he asked. “Why are you on the bus?”

Emily Parker never used the bus. Why would she have to?

For all the years that James had known her, she’d always had a personal driver, courtesy of her well-to-do family background. Where was her car, anyway?

Rumor had spread a few months ago that her parent has given her a new car as a “pre-summer present”. Why wasn’t she in it?

Emily’s faced turned sour. “I’m only here because of that bitch” she pointed at Bella.

“What?” Bella asked, nearly near fuming.

“Yeah” Emily continued dryly “Thanks to your outright stupid accident before, I’m allowed to use my car now because daddy th9nks I’m not ready top drive” She rolled her eyes.

James blinked, surprised. “Wait, the accident… That was you?” Bella asked, blinking too

“Yeah, honey” Emily smiled coldly “It was me. Watch where you’re going next time, kay?”

“You hit me with your car!” Bella exclaimed

“Because you ran into the street, you dumb wit” Emily hissed. “And you know what? I’m not sorry about it. In fact, I’d do it again in a heartbeat” Emily turned and looked ahead.

James looked at Bella and felt cold all of a sudden.

Bella wasn’t smiling, yet she wasn’t frowning. She was calm, strangely calm. The next words made James’ heart leap into his throat with dread.

“James, hand me the comb “she said with her hand outstretched but she wasn’t looking at him. She didn’t look at him the rest of the drive to school. She only absentmindedly combed her hair and was lost in thought. A thought James was sure he wanted nothing to do with.

Xup. It's your girl Adesewa and first off i'd like to say a HUGE thank you for reading my story. This is only the first chapter but since you read it to the end, i'm guessing you liked it..... right?

Tell you what. Let's make a deal. I'll update this story every week if you subscribe and like and comment (i said 'and' so many times, omfg). It's really easy. If 20 people subscribe to this story right now, you'll get the next chapter tomorrow! So? What do you say?

Let's do this guys!

Also, WhAt ThE fRiDgE iS gOiNg On WiTh BeLla???

Can you take a guess?

Drop your comments and tell me what you think is happening or is going to happen.