A Symphony Of Bells

By Okolo Chinua 4 months ago 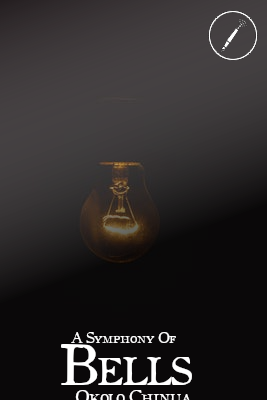 A symphony of bells reminds me of my time there. From childhood, I had always nursed the intention of being a priest, a man in cloth as we used to call it back then. I'd sit behind during mass imitating the priest, saying word for word everything he recited on the altar. Sometimes I would bend and kiss the bench in front of me in an attempt to imitate the priest. I always wanted to be a priest. I would stand tipping my toes at the tall windows to get a glimpse of him as he walks immaculately towards his car, his every gait as pure as the white of his cassock. When he smiled I felt my insides tingle and when he was angry I was angry too. "Fada anaghi eme njo" Priests do not sin. I always carried that belief with me as I grew. Most times I had been right in a case reported to him by my mate but after the judgement he had deemed me guilty. I was not bothered. "Priests could not sin" so I had accepted everything from a priest as the right thing.

"Ha si na onwe otu fada no n'ime mgbe ulo ahu na-agba oku" Adaugo had said while jesting to her friend. The conversation was about a room in a certain lodge in the University that had caught fire. As the story had it a certain priest had been going to visit a female student who resided in that school and during one of such encounters the room had caught fire. The girl was confirmed dead. No one knew about the priest's whereabouts. "Fada anaghi eme njo", sometimes we sinners out of jealousy for the priests make up false stories so as to denigrate their image... "I had explained to Ebuka, my friend from the Altar Knights Association. It was a reaction to the conversation I had overheard from Adaugo, one of the Altar girls who enjoyed gossiping. She had delivered her story to Ifeoma while they were both setting the altar on Saturday for mass the next day.

Fr. Dan was the priest we knew in charge of the parish. Most of us had joined the Altar Servers Association in an attempt to get close to him, the immaculate and good-looking priest who I used to stand on my toes to watch from the parish windows as a child. Fr. Dan could do no wrong. We always struggled to be the one assigned to clean his room on Saturday mornings. Brother Chijioke, one of the big ones in the association had told us that women were usually assigned the duty but to avoid temptation they had started assigning the work to the Altar Knights. Father would always give gifts of money and biscuits to the one assigned to his room for the week. Sometimes we would see 'nwa fada' coming out with a bottle of groundnut, a gift from Father. Being 'nwa fada' meant being Father's favourite and for that we always envied Johnbosco. We all wanted to be like him. He got to ride with Father in his Jeep that bounced whenever it moved, prancing silently as it explored the dusts of the compound while  Father went out with it. Being Johnbosco meant being everything.

"I ga-arupukwa mass server ahu I no na ya" my uncle had said sternly to me one Saturday evening as I was about going for evening practice. I had gone to inform him before leaving the house. "Mass server? Practice? Mbanu!" he had said, shaking his head as he continued shining his already-polished shoes. "Uncle... " I had started. "Mass server? Mbanu. I ga-erozo ya. Forget it!" Uncle wasn't a man of many words and when he said no he meant no. He banned me from associating with the altar knights who I had already made friends with and hit me really hard whenever he saw me trying to talk to Johnbosco.

Time they say heals all wounds. With time I adjusted to my Uncle's wish. It was difficult avoiding people I had been with, served with and talked with for years all of a sudden. Uncle's eyes never left me and all of my neighbours were eager to report me to him whenever they saw me talking to anybody. Mama Emeka was the worst. She was always monitoring me. One certain time I had helped a boy who was lost in our street find his way back home. That evening, Mama Emeka came and poured the story to my Uncle, adding unnecessary details that never happened to her story. Uncle didn't ask questions. He just pounced on me and beat me until I became unconscious.

"A kpojere ya ebe ozo. He has been transferred." I overheard our neighbour say three years after I had been banned. I had just come back from school for the Junior BECE break. Fr. Dan had been transferred to another parish. Three years ago such news would have left me devastated but now it didn't seem like something big. Most of my friends from the Altar Knights Association had joined the seminary. The goal was to become like Fr. Dan. I wasn't allowed. Uncle made sure I enrolled in a mission school that was entirely different from the seminary. It was mixed.

"Fada anaghi eme njo. Priests do not sin." I would never confront my Uncle about my discovery. Sometimes I wonder if he had known all this while, if maybe that was the reason behind his sudden change in attitude towards my Altar Knight membership. I had been so close to becoming 'nwa fada.' I wonder if I would have been Johnbosco if I had not had my Uncle. The clanging symphony of bells coming from the parish house reminds me of my time there. Yagaziere ndi no ebe ahu ofuma. Let it be well with those there.