By Wisdom Ahamefula 19 months ago 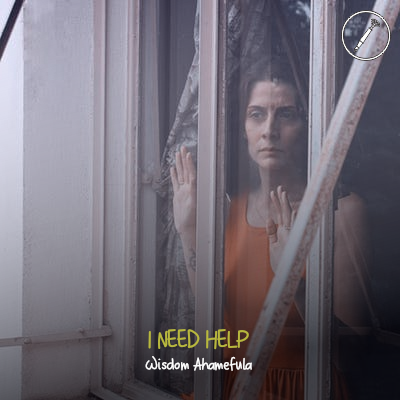 On like Rapunzel who has it all but still seeks freedom, I am one who has not even a rag to term mine neither can I ever ask. It took me my first two decades to understand the chameleon I lived with which I mistook for a companion. It's a day of sugar in seconds now and a year of gale in minutes later on. Things just weren't stable. It gets worse with my diverse tries on being adaptive cause I get smacked with the 'who are you to adapt to my torture?' expression on my owner's face. It got to the episode where I couldn't trust myself for saying I have rounded off my first two decades and that I am presently in the third year of the continuous count. Who was time to interfere or speak? It would not even be able to tell neither can it exaggerate concerning the hell I've lived in if ever given the chance. It was so bad that sorrow became the daily routine while I wait cravingly to see the joy which came once in a blue moon, when I get to imagine how life outside these thick old walls would be like. I became foolish over time and blunt that I knew not how to act cause I had been customized to labour and depression simultaneously.

As a creation with two protruded bumps right in my front and one fleshier bump at my backside which seems to be completely divided but isn't and is of two holes; one which I drop off smelly moulds from and the other which I am yet to discover it's use, I have been a subject to my kind's words which I don't get if we are the only existing ones in our time. The curiosity and unlimited thinking I get, is making me grow grey sprouts on my head which I've been observant enough to know that it wasn't there in my first decade because never once did I get this inquisitive. But of recent, I just have this hunch which in time gets to be an invisible harder punch that gives me the thought of exploring. I've been obedient and loyal enough that I am now more convinced than ever that this isn't the state I will love to continue in. I've been off guard countless of times that I gave myself not the chance to go beyond normalities and get my hungry mind fed and free from this inward disturbance. But instead of getting self satisfaction, I do nothing thereby being left with the assumption that I've eventually started being my own captive. It's high time I get off these oral chains. I just need a peep to know if staying is worth it to keep on with it cause it probably is what I was made for but if it isn't, I'll rather stay out there at least and get to know why I'm the only shabby one of my kind who has to pick and make beans for my other always. This cowardly age of silence and endurance needs to run out cause I have a pending chore which is to feed my hungry mind.

I've. got to shake off these depressed and cowardly act and get  hindrances all broken cause I've got to see far. I finally did and I'm now clueless on what to say and whom to speak with cause the only statements I understand and can speak are "Do the chores" which are madam's and the "I will" which is mine. I really need a rescue and you're actually on my thought now.