By Nicole Dearie 15 months ago 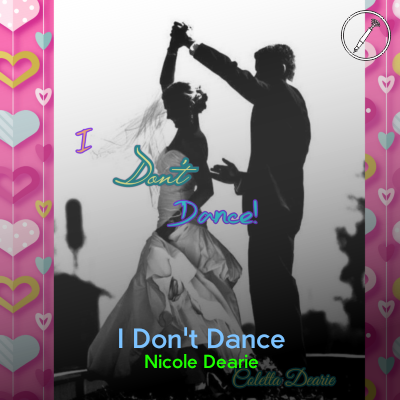 What if I had asked you to attend a dance concert,

What are we going to do when we get there?

Are we going to sit down, grab a few drinks and chat away our time?

Or... Are we going to waltz through the hall, taking advantage of the moment under the spotlight?

Believe me, in as much as I asked to go to the concert, dancing with you won't be easy at all!

You're going to have to drag me out to the dance floor no matter what.

You know why? No matter what you say, what you do and how hard you try,

And believe me, I don't dance., 'Selena concluded as she closed her journal reminiscing the event of the previous day. Jonathan had asked her to be his date to the inter communal dance concert holding that evening, somewhere in town and she said yes.

She hadn't seen it coming and she didn't know when she even said yes. It must have been the excitement from the previous day. Now she was all dressed up, staring at her image in the mirror. She was looking like a princess waiting to be carried away on a carriage to some far away castles. It was just a dance concert and she didn't see it coming. Who knows... She could have said No.

Waltz, Tango,..., 'The list was on and she couldn't back out now because she already said Yes.

The door bell could ring any moment., 'She sighed as she picked up her purse. Not dinner than she had said it, the door bell rang. She strolled out of her room, down the stairs and into the hallway. Janet had the door wide open.

You look amazing., 'Jonathan said as soon as he saw her. She was putting on a blue flowery dinner gown.

I complimented myself already... But thanks. You don't look bad yourself., 'She said as she placed her hand in his already stretched hand and they marched into the magic of the night. They got into his already waiting car with his chauffeur on the wheels.

What will we be doing tonight? ' she asked as the car hit the road.

It's a dance concert, what do you think we'll be doing my lady? 'he returned the question.

We'll see about that my lady... The concert will tell., '

How do you think the concert will turn out???