Ending The Pains Associated With Elaborate Burial In Igbo 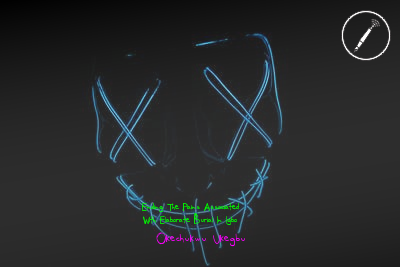 Relief has come the way of bereaved families in Anambra State as the state House Of Assembly passes into law a bill that seeks the reduction in the expenses of organizing funeral and burial rites in the state, and to prosecute offenders.

The bill which was sponsored by Hon. Charles Ezeani, the member representing Anaocha 11 constituency was passed into law recently.

Some of the stipulations of the bill are that in the event of death, no person shall deposit any corpse in the mortuary or any place beyond two months from the day of the death; from the commencement of the law, no person shall subject any relation of the deceased person to a mourning period of more than one week from the date of burial ceremony.

The bill did not stop at providing checks on the number of days recommended for burial ceremonies, but also condemns the elaborateness and fanfare associated with burials in the contemporary Igbo society. These attractions do not only affect financial resources but equally affect public peace and order in the form of destruction of property, gunshots, praise-singing, blocking of roads and streets during burial ceremonies. If the law is strictly implemented and does not go the way of the laws enacted in the country, defaulters shall be punished in accordance with the law.

More cheerful is that the bill provides that burial ceremonies in the state shall be for one day. Another laudable stipulation of the bill is that during burial and funeral ceremonial activities, the family of the deceased shall provide entertainment for their kindred, relatives and other sympathizers at their own discretion.

To maintain strict compliance, the bill also provides for a monitoring and implementation committee that would enforce the law as well as their responsibilities.

The law has elicited positive response across Igbo states. The expectations are high that other Igbo states houses of assembly would not hesitate in towing this laudable path of the Anambra state assembly.

The euphoria that greeted this passage of the bill is not informed by any other factor other than the fanfares and grand ceremonies burials of loved ones have degenerated into in Igbo.

In the days of yore, burial occasions were mournful periods for the bereaved families who reflected on the passing on of a loved one and the vacuum such passage would create in the family, village, community, and even the society in general. It provided the bereaved moments to actually appreciate the contributions of the deceased to the family, financially and otherwise, and the implications in the absence of the deceased.

But today, the reverse is the case. Passing on of loved ones is no longer appreciated and felt. The trend has degenerated to an abysmal level that in one instance, a youth that was cut down in his prime overseas for drug-related offenses was accorded a burial that even kings in Igbo land could not attract. The ceremony was accompanied by burial undertakers. The abnormality of the event left some watchers tongues wagging where the values and norms that Igbos were identified with have fled The question that is still begging for resolution till date is "are we not encouraging evil in the society if felons are accorded grand burials?" Another is what morals are we teaching to deter other youths who were waiting at the sidelines to toe that path?"

Expectedly, the church could have provided an avenue to resolve this logjam and provide relief to the families who lost their loved ones. Unfortunately, the much-expected solutions are not coming from the church. The church itself is making the issues more complex as they hand down outrageous burial requirement list to bereaved families, and failure to fulfill this attracts severe sanctions which range from desisting to bury the dead to deducting at source whatever that was due to the bereaved family. In some denominations, the bereaved family is expected to present a cow to the body of elders in the event of the death of an elder.

This trend has foisted untold hardships to the bereaved families as they sometimes had to dispose of their precious properties in a bid to fulfill burial demands. This leaves the family in perpetual penury after the burial as they cannot fall back on anything.

The worst hit in this scenario are widows who are subjected to various inhuman treatments during and after the burials. Their movements are not only restricted for a long period of time in the name of mourning the dead but also the husband's relatives cash in on this opportunity to sell off whatever property the husband and the children suffering afterward.

The issue of flamboyant burials in Igbo land is a sad episode that is overdue to be checked. On this note, all hands must be on deck to put this menace at bay: the church, the media, civil society organizations, and all other stakeholders on the issue.

Once more, kudos to Anambra State Assembly for blazing the trail.

Success Adegor, The Plowshares Eight, Teenage Daniel And The Rest Of Us
Articles
15 months ago
Prejudice And Discrimination
Articles
16 months ago
As The Church Of God (Seventh Day), Nigeria Inaugurates Its New Leadership
Articles
11 months ago
Blame The School System For Those Lies Our Teachers Told Us.
Articles
17 months ago
Reasons Why Cultism Thrives At The Center Of Excellence
Articles
14 months ago
HEAL THE WORLD
Articles
10 months ago

COVID 19 Strengthening Communal Spirit In Times Of Great Need
Articles
2 months ago
The Many Accolades Of Gov Ikpeazu
Articles
3 months ago
Okoroafor And His Entrepreneurial Adventures
Articles
9 months ago
The Passing On Of Another Colossus, Elder Chibueze Monday Nwachukwu (1940-2019)
Articles
8 months ago
Nigerian Youths And Tramadol Abuse
Articles
15 months ago
Fashola And His Bogus Claims
Articles
14 months ago
Previous Next