Did I Find Him?

By Hope Ukaegbu 7 months ago 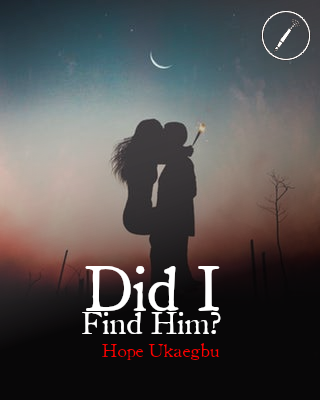 The first time he touched me, I swear there were a thousand stars scrambling about in my head. I couldn’t concentrate on any thought at all.

The way he kissed me, I swear no other man has ever affected me like that. I was certain he was the one…. My Mr. Right...

He knew how to treat a lady,  or so I thought. Maybe it was just his way of enticing me. We’d always spend time together, doing stuff we both really wanted to. At least, I always wanted to do the things I did with him.

It was quite hard for me at first, conditioning my mind/head to the idea of sex. My thoughts and reflexes were one with each other on the idea of sex as painful that I was never able to go through it with every other man I had been with. But when he came, it happened.

I can’t explain why.

I only know that it happened the first time we tried and it wasn’t premeditated or painful. I was enjoying it all until that sharp pain but it lasted for only a while.

Being with him that night was magical, how he kissed me all over, I didn’t want him to stop and I told him that. He continued to weaken me with the explosive pleasure only he knew how to as he went down on me.

He kissed my belly button, trailing the hairline below towards the deep... he was going to kill me completely.

As he was about to go right there, he suddenly looked up at me. I didn't care, I thought he was trying his best to tease me by giving me the sexy look.

I shut my eyes in anticipation of the next round of pleasure. It came…

A really hard one.

Stunned, I opened my eyes and saw Jane’s face. What the hell is she doing here? I thought to myself before looking around.

There was, of course, me with my blanket on the floor, my friend Jane, laughing about something I was unable to understand.

And of course, there was no HIM!

I was just in my pajamas and it was all a dream.