By Aniekan Andikan 10 months ago 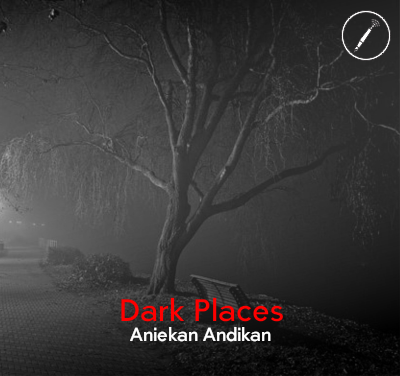 On this campus, there are dark places. These are places where a lot of things happen. A lot of things that don’t reach the eyes. You know, if the walls in these places have mouths, they would have lots of gists. Gist that drip lots of juices.

They would tell you about the number of girls that boy has kissed in this place. You would know the number of boys she has called to say he is responsible for her current pregnancy. You would know how many phones he has snatched from people passing this spot. You would also be aware of the plot to set up a lecturer if you listened to the mouth of the walls here.

Everywhere you turned, you heard about the evils happening in the dark places. Robberies. Assaults. Rapes. The one that broke the camel’s back was when a body was discovered in one of the dark places.

That was when the school management got into action. Security was beefed up and some of the inhabitants of the dark places were caught while the rest left town. By the beginning of the new week, campus fellowship groups had started taking over the dark places.

Your roommates said that these campus fellowship people would go to the dark places on campus to sing, clap, pray and evangelize to whoever cared to listen. So, all those places in school where if you had set foot in last week, you would have gotten raped or robbed or probably killed, were now occupied by campus fellowship groups who were singing and clapping and praying and winning souls for the Lord.

The campus was safe again. You observed for a week, you did not hear of any bad thing happening. You were happy with the new security measures on campus. It was time to buy that expensive phone. The one that if you brought it out, all other phones would bow. You thanked the campus fellowship groups. If not for them, the sons of the dark places would return, you thought with a hint of a smile on your lips.

You went to visit your friend in another hostel. You guys gist till you lost track of time. By the time you were ready to leave, it was nightfall. If it was last week, you wouldn’t have gone back to your hostel, you would have slept there with your friend but this week, security was tight and the campus fellowship people were everywhere singing and clapping.

So you left for your hostel. En route your hostel, you had to pass a dark place but you were not worried, the campus fellowship people have got your back. You approach the dark area, unsure if they were actually around, you hold your iPhone X tightly. You relax when you start to hear the kabashing which you have heard so much about.

As you got closer, their prayer voice became louder. It felt like music to your ears, something you used to frown at.

“Who goes you?” one of the ‘prayer warriors’ queried.

It was the unmistakable voice of the loudest kabasher. Then you remembered your friend’s narration of her own experience back when security was not tight. You remembered she said “who goes you?” was their slang.

You gripped your gold plated phone tightly but then, almost instantly, you released the grip.