By Lawrence Ruth 15 months ago 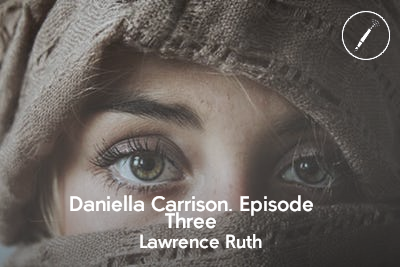 LIFE IN HIGHER INSTITUTION It was in my university level that my agony seems to have worsened. Before I left home my mum had five kids, Keller, Lola, Alice, Nina and I. Life wasn’t easy in the university, it was more stressful than I thought; meeting up different lectures at different place and time wasn’t really easy at all. Well, my life in the university had begun, I met people from different walks of life. I met my roommate Rutherford, Alex, Elena and Carson, although university in London seems to be fun, but needs not to be enjoyed to the fullest. I was the only cripple in my class and I guess the only Nigerian. As the JJC that I was, I walked up to the lecture hall, to see what it was like. the building alone was magnificent, and inside the hall was well decorated even as it was just a mere learning hall, I was amazed by its beauty. “lucky me” I whispered more to myself, as I strolled round the hall. There were few students in the hall, when I came in, I came across two students who were having a little misunderstanding the young girl was looking more red than the boy. “Suzy, I said no, why can’t you go for other guys out there, am not really interested in you” the young boy muttered “ But I don’t want to go for the guys out there, because they got not what I need” the young girl prattled with a wink, but the boy ignored her. “ come on Orlando, why cant you just give me a try, its goanna be cool man, huh…say something” “I said no!. go look for someone else, more over am not….”the young boy paused staring at me, while I was passing by. “hey!, what’re you looking at” Suzy drew his face to hers but he shove her hand. “go away, you’re distracting me” “what ever! I will still be back for you” Suzy sputtered as she walked out, swaying her buttocks hard for him to see. On a bright Saturday afternoon, we were having chemistry, Mr. Benedict Clapper our chemistry lecturer a strict man who hates late coming was the one lecturing. He was Nick named “ Man of bitter words” because his words alone were more bitter than the juice from bitter leaf. I prepared early for his class and I was the first attendant as usual, when we were about five students in the class, Mr., Benedict Clapper came in “Good morning everyone” he greets with his usual mean face “our lecture today will be on organic chemistry, but first I want to refresh your memory, can someone explain an element?” Mr. Benedict Clapper asked looking at the class, waiting for an answer and just then Orlando a course mate of mine and the guy I met yesterday came into the class, he was fund of coming late to class. Mr., Benedict Clapper wasn’t happy seeing Orlando late, he frowned looking more mean than ever. “You again” frowned Mr. Benedict Clapper “ Am sorry Mr. Clapper” Orlando apologized “Away with your sorry, young man” Mr. Benedict replied and everywhere was calm.” “Now tell me Orlando, what do you know about an element?” Mr. Benedict Clapper asked but Orlando was calm “ is that really a question” was the look he gave, he seems not to understand “ that’s it, you don’t know what an element is , yet you’re always late to lectures, even a cripple comes earlier than you, what a shame, you keep on standing if no one can answer that question but if you remain here until I leave, I will deduct your marks” Mr. Benedict threaten and just then I raised my hand to answer the question. “yes Daniela, you want to help Orlando?” “ I want to explain what an element is “ “go on” he said “ An element is a substance that cannot be spilt or broken down in To two or more simpler particle” I explained much to the amusement of every one. “ that’s it, a simple question that a thousand can’t answer yet a cripple answered it correctly Orlando you can seat down” said Mr. Benedict Clapper. The class was calm as the lecture proceeds and ends as well. Next was bio, our lecture Miss Engi. Glober was a lively and kind lady, she looks more happy in the class than ever. “ Good-morning everyone” she said while we replied positive “well our lecture today will be on cell but first I want an intelligent student to remind us what a cell is?” “Ma’am” I raised my hand to answer the question “ yes Daniela’ “a cell is the simplest unit of every living thing that is made up of cytoplasm and nuclear and as well surrounded by a cell membrane” I explained &ld... read more