By Ariah Williams 16 months ago 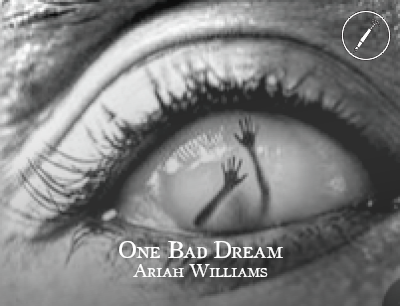 I waited by the road and waved at approaching cabs for any that is plying my route and because I was running late for the meeting I wanted to attend I had no feelings to carefully inspect the vehicles approaching. I waved at this particular cab and it stopped. A handsome face smiled from the driver's seat but I wore an expressionless look,I wasn't ready for familiarity now. "Hey where?", He asked. "Clinton Street",I yelled as I jumped in without a second thought. "Good evening",I greeted with the intention of being mute after that but beside me was an annoying chatty young man. He asked a few more questions which I reluctantly responded to but then the last question came - "How would you like to hang out with me tonight?",He asked,I feigned deafness and looked away. He asked the question again and this time all the glasses of the car went up simultaneously. I almost screamed when I found out the glasses were tinted. I tried to calm down and explained to the driver that I needed fresh air after futile attempts to bring down the glass using the control button. The driver told me that bringing down the glass wasn't necessary because the car was air-conditioned. I was cold because at the moment I felt trapped,I knew everything was wrong. I told him that I needed to alight,then again he asked "How would you like to hang out with me tonight?",by now it was more of a command than a request. I explained that I needed to be somewhere before 19:15 hours. He told me that it will not be possible because he's the one driving me.

Before I could decide what my next action will be I felt the nozzle of a gun behind my neck,I was shocked to find out that there were two other men in the back of the car. I was too shocked to blink as they introduced themselves as Stanley and Rocky and the driver as Ceaser. I'm Mmayen I said amist quivering."What's in your bag?",The driver asked. "oh my bag! My phone and money",I responded helplessly."Give them to Rocky",the driver ordered. I handed them over as Rocky yelled at me not to waste his time. "Don't be hard on the girl,she's beautiful", Stanley intervened. I pleaded with them to take everything and let me go but they refused to be moved and when they felt I was making too much of noise,I felt a piece of cloth tightly held on my nose and I passed out.

I woke up on the cold floor of a brightly lit room to Rocky's stone face. "Don't worry you didn't die,we were patiently waiting for you to wake up so that we can give you a treat of your life,now get up and move",he ordered. I got up and glanced at my wrist watch,it was 23:10 hours. "Please,I have to go home",I pleaded. "Well that's your business not mine",Rocky said fuming. He pushed me into the corridor and ordered me to keep moving while he followed with a small dagger. As I walked I prayed Silently and the thought of how useful my self-defense skills could be flashed through my mind at that moment but before I could do anything Rocky yelled halting my steps at the front of a door,he came up and knocked and someone opened the door from inside.

When I stepped into the room,I was welcomed by five faces including Stanley and Ceasar's. The deadly looks on the faces made me realize what Rocky meant when he said they were waiting for me to wake up so they can give me a treat of my life. They began to tease and pester as they tossed me around the room,I punched Ceaser squarely on the face,they all mocked me for exercising my mirinda right and descended on me with slaps and punches,I screamed,struggled and jerked.I sat up on my bed. "Oh it's one bad dream",I said to myself. The part of the bed where I laid my frame was wet from sweat and the bulb on the ceiling was glaring brightly. I had prayed for power supply that night before going to bed because my room is always hot. I walked across the room to were the switch is and put on the fan. I stood under the fan for fresh air and later I resumed my sleep on the floor.

THE ESCORT 7
Stories
18 months ago
Whiter The Socialist Spirit Of The Modern Church?
Stories
13 months ago
A Righteous Mistake
Stories
11 months ago
Radio Story: Episode Four
Stories
10 months ago
Life
Stories
2 months ago
Darkness From Without
Stories
16 months ago