By Enobong Etuk 17 months ago 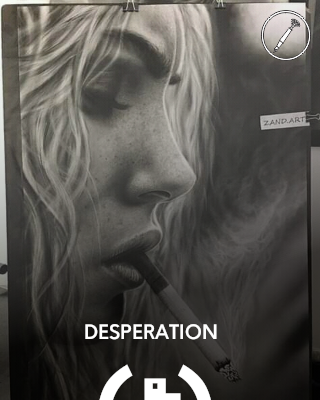 The next day in the office Jude was trying hard to concentrate. He had lots of works to do,but instead of concentrating on the file, he couldn't stop thinking about the incident last night.

A silent shudder made its way through him. He pinched the bridge of his nose and squeezed his eyes shut. For the first time since he got married to Anna, he had taken his eyes off her to another woman.

Slowly, like the setting sun,sadness clouded his heart. He ran his tongue over his lower lip and tried to swallow.

Anita couldn't resist, last night with Jude had been amazing. She had planned it all, right from the day he walked into her office. Jude is a lucky man she thought. She had lots of surprises in store for him.

Anita thought about the expression on his face when he gets to know and she chuckled to herself.

Jude would love it.

She didn't wait another minute.

She headed her office and picked up the phone. She dialed Jude's office number and waited.

She hung up before he had a chance to ask questions. If he only knew the intention she had.

Jude took a sip of water as he ran his fingers through his hair. There were all kinds of thoughts running through his mind. What was it she wanted to say? Why didn't she say it over the phone?

He blinked and set down the water bottle back on his desk. He sat there for only a minute more,and then in a burst he was on his feet. He made his way down the hallway until he got to Anita's office.

Holding his breath, he knocked.

The door opened and she smiled at him

"Come in"  She ushered him to a chair in front of her desk,and she took the one behind it.

"The purpose of this meeting is twofold".

"Meeting!". Heat filed Jude's cheek and he sat up straighter and glanced at a file on the table in front of him.

Was his job at stake? What had he done?

"Jude, are you with me? Her voice brought him back

"Yes" He nodded, his expression tender

When he looked up,his eyes met hers. Her eyes shone and a smile tugged at the corners of her mouth.

"First, I would like you to go through these files" Anita tapped the file in front of her. "We have plans for the company, we want to expand the company."

Anita allowed him a few seconds to catch his breath then she continued. "You are the type of man I need for this job, the type I want to build the future of this company around."

Jude's mouth hung open. He could feel feel his heartbeat in his temples. What had Anita said. She wanted him to build the future of the company with her.

Anita was explaining the details,how he wasn't the only one chosen for the advancement. "My dad has other men in mind,but I think you have an incredible chance." She pushed herself back a few inches and crossed one leg over the other.

Jude thought of how amazing the offer was. The kind he had always dreamt of, being a part of something big.

"Now, for the other reason I called you here" A smile hung on her face.

"Take a look at the car next to mine" She held out her hand towards the window.

"Okay" Jude pushed his chair back,stood and walked to the window, his back to her. He studied the car for a moment,it was a brand new chevron Tahoe with dark tinted windows.

He felt Anita's eyes on him,and he turned around.

"That's and expensive one down there"

She chuckled and took a step towards him "That car is for you, Jude"

The colour drained slowly from Jude's face and his mouth dropped open "Are you serious?"

"You don't have a choice" She brought her tone to a normal level. "Take it. Go enjoy the rest of your day off, Jude"

Jude looked at her and wondered again. Was she really serious?

"See you next week" She added.

Jude was already halfway to the door. He turned,thanked her and darted into the hall to his office.

He walked into his office and something caught his eyes. The key to his new car was neatly wrapped with his name on it. He gave a quick shake of head "This woman is impossible, she can't take no for an answer."

He flipped open his cell phone and called Dave, his friend.

Jessica headed into the school hallway and ran into her friend Beck.

Jessica cast a quick smile at her "What is it?"

"My cousin is having a house party tonight" Becky couldn't hide the excitement in her voice.

Jessica gave her a look and breathed hard through her nose

Beck caught her look and raised her eyebrows. "Well?"

"Are you coming to the party or not?" There was disappointment in her voice.

Jessica pulled out a smile, the one she wielded whenever she wanted coming up with a plan. "I'm have to lie to him,maybe tell him I'm going for a sleep over at your place."

Becky's smile came easily "you're a pretty little liar,do you know that?"

A chuckle sounded in Jessica's throat.

"You dad and my dad are friends, so he wouldn't mind" Becky giggled.

She did a little dance nearby and hugged Jessica. Their families had been friends for years, Jessica and Becky were best friends though Jessica was two years younger.

"You know the party would be boring without you" Becky added.

Jessica glanced at her watch. Five minutes past 8. It was already time foe their history class.

"We had better hurry or we'll be in for it"

Anna was done with the days job and was about walking away from her office.

"Yes..." She looked up and saw John. His face was grim "could I speak to you"

Anna gave him a look and nodded "of course,we could talk in my office"

John followed her into her office and stopped halfway.

"Anna, I just moved into town. I'm in search of a good interior decorator." He clears his throat. "I hears you are the best"

"Okay" Anna bit her lip. "I can't promise you anything,but I'll do what I can"

John leaned towards her and quickly planted a kiss on her cheeks.

Anna felt he face go blank immediately. A knot the size of a bowling ball shifted in her heart. For several minutes she stayed that way,while nearby,John was smiling.

He lifted a shoulder "it's my way of saying thank you"

Then he turned and made his way out of the office.

Anna rolled her eyes and grabbed her bag. What was wrong with him? Was he trying to seduce her? Trying to put her in an uncomfortable situation?

Thirty minutes later, Anna was at Jim's school. She held his hand as the two of them walked towards her car.

"Mommy, are we going to get Jess?"

Anna chuckled to herself and they kept moving.

"Several minutes,they picked Jessica at her school and headed home.

"Mum, I'm going for a sleepover at Becky's" Jessica said when they got home.

"Alright dear, but your dad has to know about it".