By Davina Francis 14 months ago 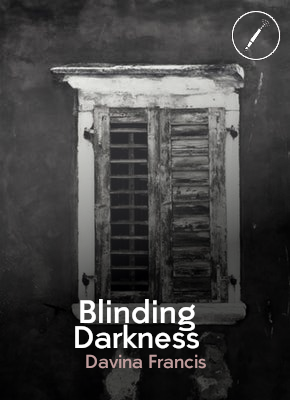 "Complete your chores, and make sure nothing falls through the cracks." Mallam Yaro said leaving the room. Those moments when he would urge her submission were his favourite, maybe his lip-wetting habit always took it's hold on him at such times. She obeyed dumbly since there wasn't any more options left, how she wished her mother was there to save her skin, but she would never end her numerous business trips, she had no qualifications for a mother as far as she, Fawziyatu was concerned. Her mother was life, and life had been an unfaithful husband to her. She returned to mixing the dish water with tears. How could she have spilled the beans in public when the person in question was her father? How would she hold her face up to her friends if they knew the gbege? It was a crying shame for one to be put in a family way by one's father. He would not let it happen.

"Fawziyatu, are you okay?" Asked her mother, her eyes fixed on her. Her sudden appearance was not noticed.

"Oh, Mother. I didn't hear you walk in." she said wiping lather off her hands hastily. "I'm fine, father didn't tell me about your home coming today, I hope. . ."

"Ah yes, everything is well. Actually, I didn't remember to inform him because the new developments at the office won't let me think clearly, I'm sorry. Do you know what else I'm sorry about, Yatu?"

"No, I don't" She said with an attempt to keep her mind in the zone. She knew her mother was talkative, so she had to grasp her words quickly.

"I'm leaving your father for good. . .with you"

Fawziyatu was without words, there were no whys to be asked. She could count the times they had quarrels, it was either there wasn't enough time for such quarrels or her mother would hastily pack up for a business trip the next day and would not be seen in the house until weeks later. She thought this break up was a testimony even though it was never a prayer point. She was slowly slipping through her father's claws, yet she wasn't sure about anything.

"Now close your eyes, imagine your father cheating on and stalking me the whole time, it just makes no sense! How could he? I can't believe we've lasted this long. There will be no need to make any decisions for yourself, mine is the best for you."

A few months later, her mother introduced her to one Alhaji Dandi, he looked too young and scrawny to have undergone the the tediousome protocols of the Hajj. She was bowled over by his thick Hausa accent when he first spoke to her.

"Hello. It's nice to meet you. Your mother has told me so much about you." He said almost groaning.

"It's nice to meet you too." She said taking his outstretched hand.

She could see that there was something thick between them, her instincts were never wrong, they were having an affair already. There were days when she could hardly count the number of times her mother mentioned his name, it was either Dan this or Dan that. Once, when she was drunk, she said loudly;

"Soon, me, you and Dan will become family. We will build an empire together!"

Her mother, the boss had always acted like no man could match her. And the new Alhaji, she couldn't like him, it wasn't really about him: men could always devour. She feared that life's jaws were ready to grind her a thousand times more.