By Ihezie Eberechukwu 5 months ago 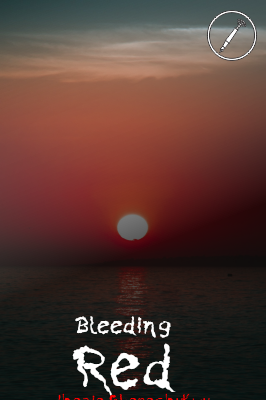 I am sitting close to the class window today, writing into my phone diary.  Sometimes, I gaze out of the window to the surrounding buildings and think about how identical my existence is to them – bleak, lifeless, bland, devoid of interest.

I am in my final year now, bored and anxious. Soon, I’ll be done with undergrad studies. What next? These days I skip classes a lot. I am eager to leave this place; I am scared to leave this place. My mother, when I was leaving for the university that year I got admission, said:  ‘university is where you go to build yourself, to discover and explore’. I am afraid I failed in doing all three. Years later, I still haven't discovered myself; I still don’t know who I am.

Once, I thought I knew who I was and who I was to become. A journalist. It had a sophisticated ring to it.  We never used toilet tissue rolls back then in my family. Instead, we bought large bunches of cheap, old newspaper rolls. They were so stiff and sharp on our assholes when we wiped after taking a shit that one had to soften them with a sprinkle of water. I spent long minutes in the bushes growing behind our compound that served as our toilet, reading those newspapers and swiping wildly at the buzzing flies. The writers of the newspaper articles had their names clearly written under the title of their works. Even though the papers were old (we could not afford the current papers), my father read them judiciously, shaking his head and giving long commentaries afterward. I wanted to have my name on something other than my school books. I wanted my father to read my work someday in the papers, shake his head and give long commentaries about them. I wanted to become "somebody" with my name in black and white.

But I could only write made-up stories. I read obsessively and wrote obsessively too. Writing was all I had. Fiction helped me keep my sanity. Fiction saved me so many times. I wrote little stories about things and people I didn’t understand like my uncle Nonso who was over fifty, unmarried, a drug addict and the street clown. My uncle, when sober, could make magic with any clothing material. He could transform old rags into the most beautiful outfits. He often boasted about how magical his hands and mind were. He was human, flawed and beautifully messy.

I wanted to write about things I didn’t understand like death, hell and heaven, and sex. I wanted to write about home, and about wearing a skin that really isn’t mine. I wanted to write about the boys and girls who made my heart dance and bleed in equal joyous and painful turns. When I started computer lessons after secondary school, I discovered the internet and a whole other world out there different from the one I’d known my entire life. I discovered fame. I became obsessed with it. There were younger kids already famous for doing "something"; there were many articles about these kids, their names immortalized by the internet. They were "somebody". I still wasn’t anybody. How do I become somebody? I questioned myself constantly.

So the self-loathing began.

Over and over again, I try to think back to when it all changed. I found my old diary in an old box the other day and as I read, I could virtually see myself: a young, promising girl who went from being so ambitious, bubbly and full of dreams to an overly pessimistic misanthrope. As I turned each page, I watched myself turn worse. Very few things in life are more devastating than the gradual realization that everything you lived for is nothing but childish, unrealistic nonsense. The disappointing reality that life can be so cruel is far too much a burden to accept and live with and very few things hurt as much as being a disappointment to the people who expect so much from you and worse of all, being a disappointment to one’s self.

Adulthood ruined everything for me. Tertiary education became a suffocating maze of never-ending boredom. Nothing ever turned out to be good no matter how hard I tried and willed it to be.  I tried following my childhood journalism dream. One day in class, it dawned on me that would never happen. I was in a place where I didn’t belong; where I felt extremely suffocated and unhappy. So I dropped the course. I tried other courses like…law, history. I was just trying to become "somebody". I tried blogging too for a while, I failed. I tried modeling. Again and again, I failed. I failed monumentally, I failed gracefully.

Soon, I blanked out. For the sake of my sanity, dreams and ambitions became expensive luxuries I could no longer afford. There’s a certain safety that comes with not dreaming and expecting. When you take life as it comes, when you don’t expect anything from the future, then how can you be disappointed? But what is life if you can’t live it?

Did I ever want to become "somebody"? What is it exactly I wanted to be? Who did I want to become? Were all those dreams ever mine? Or were they other people’s dreams I internalized?

If you exist in a society that acknowledges only the extraordinary, the ordinary becomes a lowlife you must aspire not to be classed in. I wanted to be anybody but my true self.

I thought I found freedom in blanking out, in living a monotonous life, in not caring anymore, in lacking ambition, in avoiding love and humans but at some point, one has to face and accept the hard truth. At some point, one has to stop lying to one’s self. The hard truth is: this kind of existence I chose is no better. I do not find it appealing. The illusion of not-being takes being to maintain.

At least while I still cared, my ambitions and dreams were like the fuel driving me. While I still cared, I hunted for my purpose in life and the experiences those adventures created for me are all that keep me warm at night. While I still cared, I found meaning in small things that made up life – in the smiles and kindness of strangers, in the laughter shared with friends, in the sorrows shared with family, in the beauty of sunsets and sunrises, in the fun of partying, in the warmness of kissing and making love, in the beauty of falling in love. Even the ugliness and pain of losing love all made my life better, happier, and joyous.

The hard fact is: everyone is not meant to be somebody. The pursuit of fame is illusive and meaningless. Human beings are flawed, incomplete, and messy, but human beings are also kind, loving, and beautiful. Love can be hurtful but love is all we got. Love is worth the hassles. It is not meant to last forever so one must stop expecting it to and just enjoy it for as long as it lasts. The heart is meant for breaking and healing.

Nostalgia is a warm companion worth befriending. The past might be gone and one mustn’t cling to it so much, but sometimes the only way to move on is to go back first. I can long for the past; for that time when I was just a little girl filled with dreams and hopes, but I can never have that time back. I can only think back to remember what it felt like. I can try to remember who I thought I was going to be; maybe that person really is who I am. I can try to remember the stories I wrote, the ones that got published, the ones I discarded, and the ones I kept. All of my past is me.

As I write this, occasionally looking out of the window at the young girls taking selfies beside the lecturers’ cars, my mind is back to the good 'ol days!

I remember Joseph my first crush, the boy who made me cry when I found him kissing my other primary school classmate, Uju, in the science lab. He had a mole on his nose that I dreamt about kissing each night. After I found out about Uju, I began dreaming about cutting the mole off.  I remember Chisom, with whom I shared my first kiss. He made my heart skip excitedly and then he made my heart bleed.

I remember Somto, the girl who made me question my humanity. When she smiled, the dimples on her cheeks deepened so much it made my heart swoon. We made out a couple of times until her elder sister found us that day in her bedroom. She was sent away to a mixed boarding school while I spent long hours alone longing for her soft touch and kisses. I remember Ifeanyi from my confused Mass Communication days. He was the first man who belonged to me. He was mine and then he wasn’t. We found and lost each other. He was also the man who hardened my heart towards love. After him, I just couldn’t fall in love with anyone again. I remember Mrs. Linda, the woman who found and healed wounds I didn’t know I had hidden within me. The one I pushed away when I found myself slipping and falling again in love. After avoiding love for so long, I just couldn't bear slipping into it again with someone who couldn't be mine.

Then, I think of Somadina, the PG student. He said to me last week, “Holding onto pain is not going to make it go away. At some point, you’d realize it is important to let go and give in again to love and life. Of course, love and life will sway you around to some good and bad places, but isn’t that all that sums up life’s adventures? Isn't that the evidence that you're alive, living and not just existing? I hope that when you are ready to live and love again, you’d send me a text. I’ll consider myself the luckiest man alive if you choose me”.

Sitting by a class window, I lost myself several times. I made several bad decisions. Thankfully, sitting by the window side, I’ve found myself again. I pull out my phone and send Somadina a text. “I am ready to give in to love and life again”.

I am ready to live.