By Ekene Daniel 4 months ago 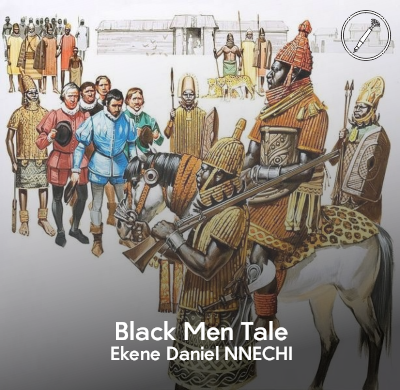 That's not my name replied Ezigbo

Coming out in this Levitical attire.

You think your Forefathers' KULTURE is barbaric ehn?.

You, the once golden child of this timely generation.

You have joined the Whiteman’s religion

You support his government.

You now uphold his beliefs.

You teach our children his language.

You buy mother his dress (attire)

You now sing his songs

Our own food now irritates you

You even take your brothers to his court.

The White man who doesn't even understand our customs.

Neither has he made any attempt to understand it.

He doesn't respect your beliefs

How then do you expect him to respect you?

He will cast you away- sold as a slave- just as he has your brothers.

And who told you this foreign culture is superior?

Mazi paused for a long while.

Was it not under these laws and customs your forefathers lived peacefully?

Wasn't Africa the cradle of civilization?

Wasn't the first University in the whole world from Mali?

Weren’t the streets of Benin as broad & straight as those of Amsterdam?

Wasn't the Great Walls of Zimbabwe as magnificent as the walls of China?

Wasn't our arts and music more exotic, rich and aesthetic than theirs?

Little wonder they came here and stole them away.

Or is their gold as pure as those from Ashanti.

Isn't our language as rhythmic and poetic as the Whiteman's tongue.

Aren’t our meals as natural and enriching as theirs?

Aren't they till date filled with awe each time our artwork is unearthed?

In this land of darkness, they choose to abide for hundreds of years.

Land of the Sunrise.

We were at peace, developing at our own pace

Until the Whiteman came and in the words of Achebe

“now our brothers have been turned one against another.

He has placed a knife in between causing this division-

No sooner will he conquer us.

He is indeed not foolish

He came peaceably in the name of Commerce

Introducing a Religion of Peace

At first, we jeered and made mockery of him

We didn't see how dangerous he is.

Now CULTURE the centre of our being and identity- must pay the price”.

Mazi, at this point, was infuriated.

“And now we will live as wanderers

Lost in an unknown New World

For we have deviated from our own paths

Our paths to discover self and progressive development.

Now CULTURE has told its tale.

Listen Ezigbo and reclaimed your name.

I will not call you by the foreign name you now bear.

(Mazi majestically walked out of the compound.... heading for a village meeting).