By Aniekan Andikan 5 months ago 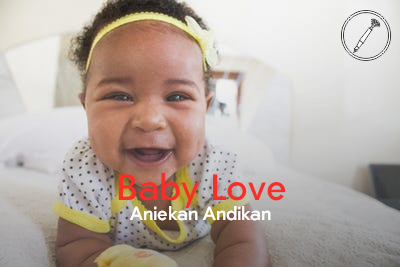 Just two months ago, he was the center of attention, their all in all, the center of their world. At least, that is what they told him on countless occasions. Even when his mother’s tummy had grown big and long and she became often tired and irritable, she still treated him special, still gave him her attention.

But everything changed the night she went to the hospital and stayed for a couple of days and when she came back, she returned with a baby and a tummy that had reduced significantly.

It had started with them throwing him out of the big bed but they allowed the new child to sleep with them, they pampered her all day and they even sang for her before she slept, something he never remembered them doing for him.

The most painful part was the wailing she did every night, disturbing his precious sleep and the annoying part was that they acted like it was normal for her to be crying in the middle of the night. They will be running around, trying to soothe her, begging, singing, doing anything and everything to make her keep quiet. But if it was him, they would just berate him for crying like a child even when he was just a child.

It’s been two months and he’s had it up to his neck, it was time to confront the little girl and show her who was here first. He was going to wait for an opportunity where they were not crowding her, then he will show her one or two things.

He leaned by her cot (the one she slept in sometimes, mostly in the afternoons) and peered down at his sister whose tiny legs and tiny hands were in the air as she lay on her back and made gurgly baby sounds while staring at the ceiling. Mom was not in the bedroom, dad was not back from work. Now was the time.

He stared down at her, his face maintaining the impassive frown that he’s been carrying for two months now. He decided that he was going to hit her. He raised his hand and started contemplating where to hit. He didn’t want to hurt her much, the plan was to shock her a little so that she will know that the world does not revolve around her.

His sister finally noticed his presence and turned her big brown eyes his way. Their eyes caught and he was awestruck by the pure beauty, the innocence and the warming love that her stare oozed. He stood there, his striking hand frozen and hanging midair, unable to do anything.

Her little face broke into a wide toothless smile. A smile so beautiful that it melted his heart and the ice that kept his hand hanging. The hand went down involuntarily to caress her cheek.

He was rewarded with a wider smile and more gurgly sounds to accompany it. He watched mesmerizingly as the baby groped for the caressing fingers and guided them to her mouth to suckle.