By Victoria B. Willie 9 months ago 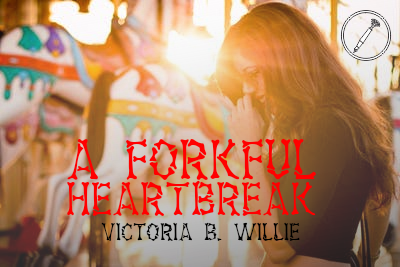 She was tense. He never called asking her to meet at their favourite restaurant unless something was up. This time around, she knew it was no different. Something was seriously up and they both needed to bring it down. Inasmuch as she tried deluding herself into believing everything was alright, that he had good news for her, her instincts still prodded her towards her fears - those dreaded words of heartbreak.

As they ate, the only sound between them were those of their cutleries kissing their plates. Then he broke the silence.

His voice came as a hushed whisper. She pretended not to hear at first and asked him to "come again".

"I'm in love with someone else ", he reiterated.

Then she smiled and dug her fork into his eyes so she would be the last face he saw perfectly well.