A Day To Remember III

By Obidigwe Christy 15 months ago 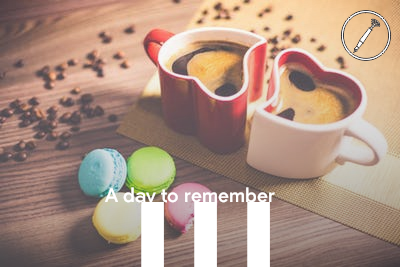 Melisa stared at the system before her, trying her best to concentrate. It had been three months and it had brought a lot...

Vivian, a fellow teller, dropped a file beside her system,  jolting Melisa  from her day dreaming.

"Melisa,  the forms I brought for your vetting are not stamped yet. "

Melisa frowned in disbelief and opened the file. Her eyes widened in shock.  In truth,  they had not been stamped.  She apologized and quickly stamped them.  Just as she did so,  the head teller,  called her direct line asking her to come to his office at once.  She did so,  worried about the urgency in his voice.

"Melisa i just looked at your weekly report. Did you proof read this before submitting? "

"At least two sentences have typographical errors on them. "

Peter looked at Melisa closely for some minutes.

"Melisa whatever this is about,  please do your best to get over it. The past two months have seen concurrent reports such as these submitted from your desk. "

Ken knocked at the door, and waited briefly before it opened.  He smiled at Jane and greeted.  Jane had greatly improved under his care these past threr months.  He was glad she was finally recovering . But he had a burden in his heart and until he spoke to Melisa about it, he wouldn't be unburdened.

He was aware about the tragedy that trailed Jane's marriage, and the phobia it had created in Melisa, but he was ready to help her over come it.  He wanted to be there for her,  to watch the sun rise while staring at her lovely face, to sit holding her in his embrace as they both watched the horizons that nature often presented in the clouds and their endless origins, to grow old with her. But Melisa had been hostile,  she had slapped him twice,  turned down his offers countless times, and always withdrew whenever she experienced one form of public melodrama or the other...

He looked up as he heard footsteps.  He looked much more sober as he looked at the woman he had grown to love.  Melisa stared back at him and heaved.  Ken would never give up would he.  Just as she made to walk towards him,  her foot got caught on on one of the legs of a side stool and she tripped. But Ken was faster. As he raised her up,  he consoled her,  helped her sit on the sofa and when she was much more relaxed,  poured forth his feelings...

If the little bird that perched on the window sill,  two hours could speak,  it would have expressed its admiration as it watched a young couple in a passionate embrace, as they both recalled in their hearts, the day they met,  it had indeed been a day to remember.