A Day To Remember II

By Obidigwe Christy 22 months ago 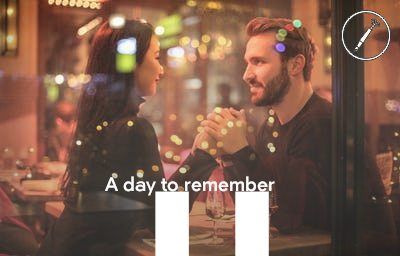 Melisa heaved as the young man lifted a chair and kept it next to her bed.  He sat down and smiled soberly.

"I am sorry for the injuries you sustained."

Melisa forced another smile and nodded.  Deep within, she didn't want to have this conversation .

Melisa forced another smile,  and nodded.

He studied her closely.  It seemed he could percieve her discomfort.  He felt sad . Perhaps the pain she felt was not just from the injuries,  it could be something much more deeper.  Ken stood up and smiled at her.

"I am sorry for taking your time,  perhaps I should let you be Miss..."

Melisa lowered her eyes in realization that this young man seemed to read her expression like a page.

The words seemed to taste like honey in his mouth.  He nodded slowly and left the room.

Melisa felt numb and tired.  Her sister was in a critical condition hours earlier because of an abusive relationship.  She wanted none of men at the moment. She recalled the nights her sister would come knocking at her door at very odd hours,  with battered eyes and bleeding lips. She recalled the times,  she held her sister as she cried like a child from pain and bitterness.  She remembered the gradual manifestation of the illness she now had. Melisa wiped off the tears that flowed down. Outside her room,  ken watched through the blinds in sadness.

Melisa sat watching the TV at the eat out with keen interest.  It was a saturday, and she had literally dragged herself away from her sister who had greatly improved to honour the invitation she got the evening before.  She would have turned it down but for the plea of her sister.  She had no interest whatsoever in what ken had to say...

Ken watched her actions calmly.  He would be patient with her  for he knew now beyond doubts that she was in pain.  He would wait,  however long it took.  She had ordered for spiced meat and a glass of yogurt and had said little since they came into the restaurant. She was always lost in thoughts, her gaze always distant.  He looked at her fingers as they tapped subconsciously on the table.  He heaved and called her by name.  Melisa looked at him, and then at her meal.  She forced another smile.

And then it happened...

Ken was about asking after her family,  and she holding a piece of meat,  when in the process of biting it,  a little piece of pepper (Chili ) got into her eyes.  Melisa trying to adjust while trying to get the little piece out of her eyes,  pushed back her chair in a manner that made one of its legs get stuck against a dent in the floor , and the next thing was her on her back,  while ken who was trying to help had the entire table cloth on his head while every other item on the table, along with the table, found its way on the floor . Melisa lay on the floor not wanting to get up, she didn't just have pepper in her eyes she also had spilled yoghurt on her nose , mouth and left ear...

Jane opened the door to find her sister with one of her eyes red,  her skirt torn,  and a visibly worried young man standing behind her...